In gratitude to the Fine Arts Center distinguished docents whose combined service of over 500 years demonstrates a commitment to the tradition of yesterday and helps inspire the vision of tomorrow. 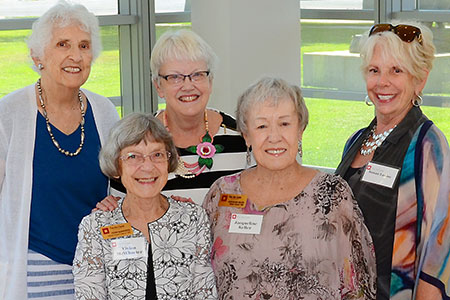 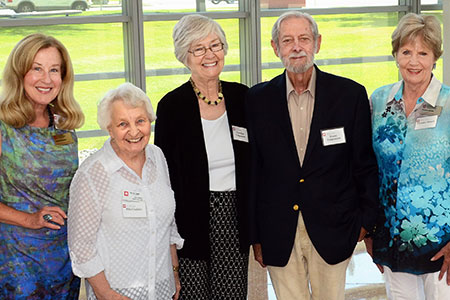 The history of the docent program is almost as storied as that of the Fine Arts Center itself. Originally a branch of the Member’s Volunteer Association, the Docent Program became a stand-alone entity in 1951 when the Fine Arts Center director, Mitchell Wilder, recruited selected volunteers to become “Guide Girls,” leading tours through a stunning exhibition of Northwest Coast Art. Fresh off their first successful touring efforts, Peggy Marshall and Edna Jane Sprague, were inspired to spearhead an effort to transform the original “Guide Girls” into the “Lecturers” who, through a monumental collective effort, eventually became the museum’s beloved “Docents.”

In its earliest iteration, the Docent Program was a loosely organized band of dedicated volunteers interested in bringing free art tours and a sense of fraternity to the Fine Arts Center. As their aims and endeavors began to diverge from those of the Member’s Volunteer Association, a friendly schism was proposed as a means of promoting education and receiving funding from the museum. In 1976 the Docent Program officially split from the Member’s Volunteer Association. Since that time, the Docents have played an active role in keeping touring alive in the museum as a robust and standalone volunteer group. 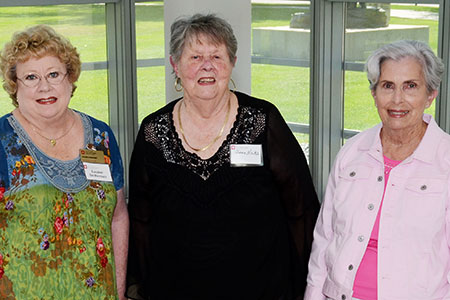 From its onset, the Docent Program has been at the forefront of countless initiatives throughout the Fine Arts Center. Notably, they championed the creation of the Tactile Gallery, the Gifted and Talented Program in the 80’s, Off the Wall, and tours such as Exploration of Southwest Art and The Poet’s Muse. Beyond giving tours to all ages, the Docent Program has also been a strong proponent of personal and intellectual engagement, providing short and long trips attendance at the National Docent Symposium. Always aiming to promote a love of art and learning, the Docents’ legacy is indelibly woven into the fabric of the Fine Arts Center. 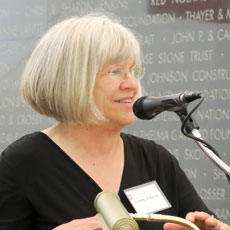 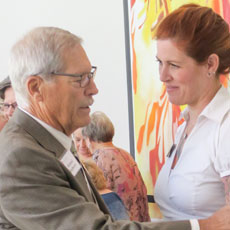 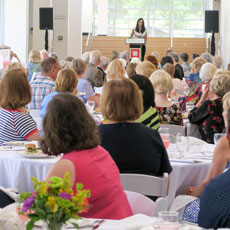 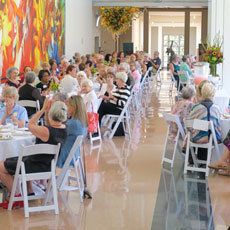 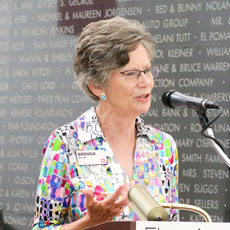 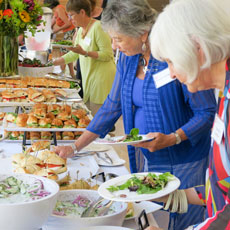 * This list was compiled with considerable care and using all available archival resources, including predominantly primary source records. Our hope is that the list is accurate and comprehensive; however, it is possible that the records may contain incomplete or missing information. We regret any errors or omissions which may have occurred.