In 1875, a swarm of locusts ravaged the Rocky Mountain region: 3.5 trillion locusts covered 198,000 square miles of land, farmhouses, towns, forests, and so on. This project investigates the parallels (both literal and metaphorical) to our current situation, including how certain conditions can cause solitary, chill grasshoppers to morph into a crop-destroying cloud of locusts.

Rocky Mountain Locusts is a companion piece to The Grasshoppers, a drive-in style short play staged on Buntport Theater’s front lawn in summer 2020 and in Colorado Springs October 2020. 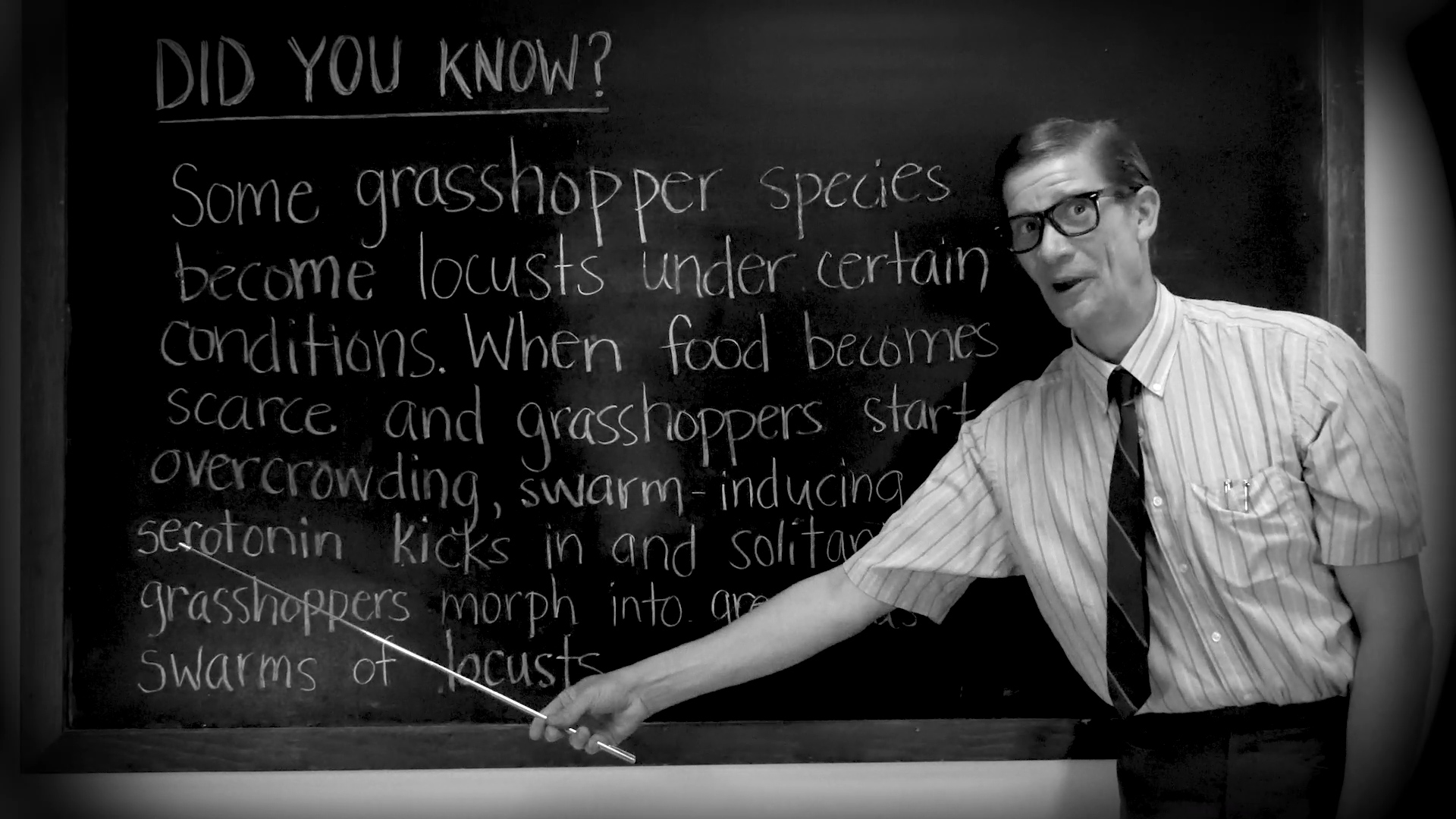 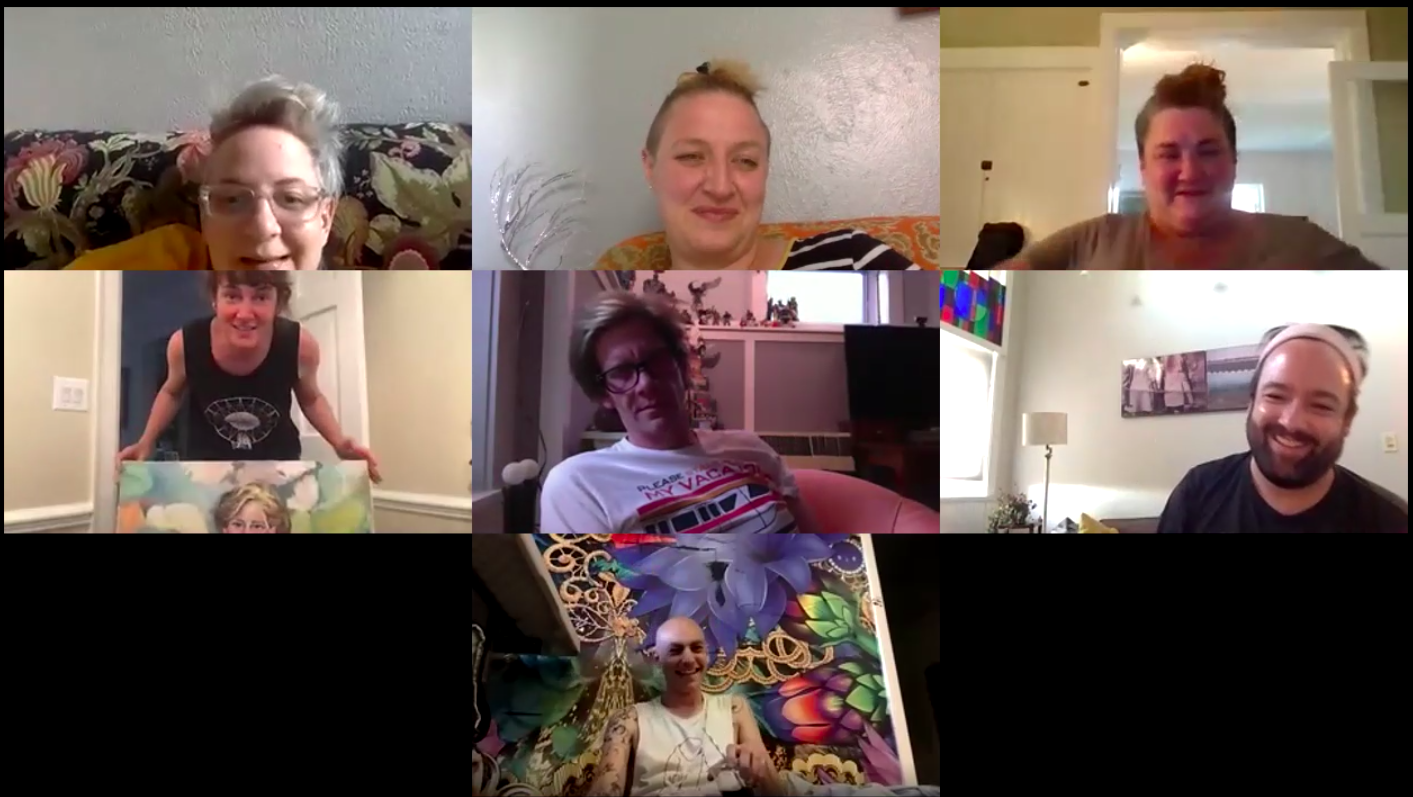 Since the members of Buntport Theater Company have been working together for 20 years, they have virtually the same work experience so this is a group bio. Buntport (entirely comprised of CC graduates) has been creating original theater together for 20 years now. Based in Denver, they have written and produced nearly 50 full-length plays, 150 live sit-com episodes, 100+ mini plays performed in the freight elevator at the Denver Art Museum, and countless one-off events. In all, they perform more than 100 times a season. They have collectively received over 100 awards (and many more nominations) from a variety of organizations and media outlets, including the Mayor’s Award for Excellence in the Arts and CC’s Spirit of Adventure Award. Over the years, Buntport has collaborated with bucketloads of other creatives – from large institutions to individual artists, from fellow theater-makers to musicians to authors and on. Although well established as Denver’s home for new, unique live theater, Buntport has dabbled around in other realms. The ensemble has had work published in both the Denver Quarterly and birdy magazine, helped to create a large interactive site-specific Art installation in conjunction with Warm Cookies of the Revolution, and have taught many workshops and even three blocks at Colorado College (each of which culminated in a performance collaboratively written by the students). While in COVID-19 isolation, in addition to creating on-line content and working on new scripts, they are attempting to create a coffee table art book celebrating and examining their 20-year history of making weird, fun stuff.

Filmmaker Emily Swank works collaboratively with artists to elevate their brand identity by creating original video content. Her work is rooted in the belief that an artists’ essence can be communicated through video. In 2002 Emily graduated with a BA in Art from Colorado College and was the recipient of The Mary Chenoweth Art Award. In 2006 she found her calling as freelance cinematographer and editor in Denver, Colorado. In 2018 she started working under the name Fannypack Films, specializing in music as the lead content creator for internationally acclaimed electronic music label Dirtybird Records. Most recently in the spring of 2020 Emily won The Colorado Broadcasting Association’s award for “Best Documentary or Series” for her PBS series about Denver musician Molina Speaks.

Adam Stone is an interdisciplinary artist who has spent the last several years between various locations in the US and Europe in order to be fully immersed in a variety of artistic projects. While sound designing and composing for classical and contemporary theater in Boston and Cambridge, MA, Adam composed the music for three evening length musicals with Buntport Theater Company in Denver, CO and constructed an award winning sound design for Buntport’s production Wake. This led to a residency in Buntport’s space directing and designing, for which he won Westword’s Mastermind Award for Performing Arts. Following the end of that period in Denver, Adam has composed music for ﬁlm and video, and has performed his own music during three France tours.