The Colorado Springs Fine Arts Center at Colorado College celebrates 50 years of Cleo Parker Robinson Dance.  In honor of the 2021 Martin Luther King Day Celebrations, we are honored to share this recording of “The MOVE/ment,” a work inspired by a trip to Montgomery, Alabama by members of CPR Dance. It is a piece about the Civil Rights Movement that invites us all to ask what Civil Rights mean to us in the present day.

Watch the recorded conversation below from Tuesday, Feb. 9, 2021

Watch the recorded conversation with the celebrated, Denver-based choreographer Cleo Parker Robinson as the FAC celebrates fifty years of her esteemed dance ensemble. Using the universal language of dance to honor the African Diaspora, Cleo Parker Robinson Dance explores the human condition, champions social justice, unites people of all ages and races, and ultimately celebrates the complexity of life through movement. Moderated by FAC Director, Idris Goodwin, this discussion with Robinson and her team of creatives will shed light on their recently released video of “The MOVE/ment” as well as their longer history of black arts production both in Colorado and beyond. 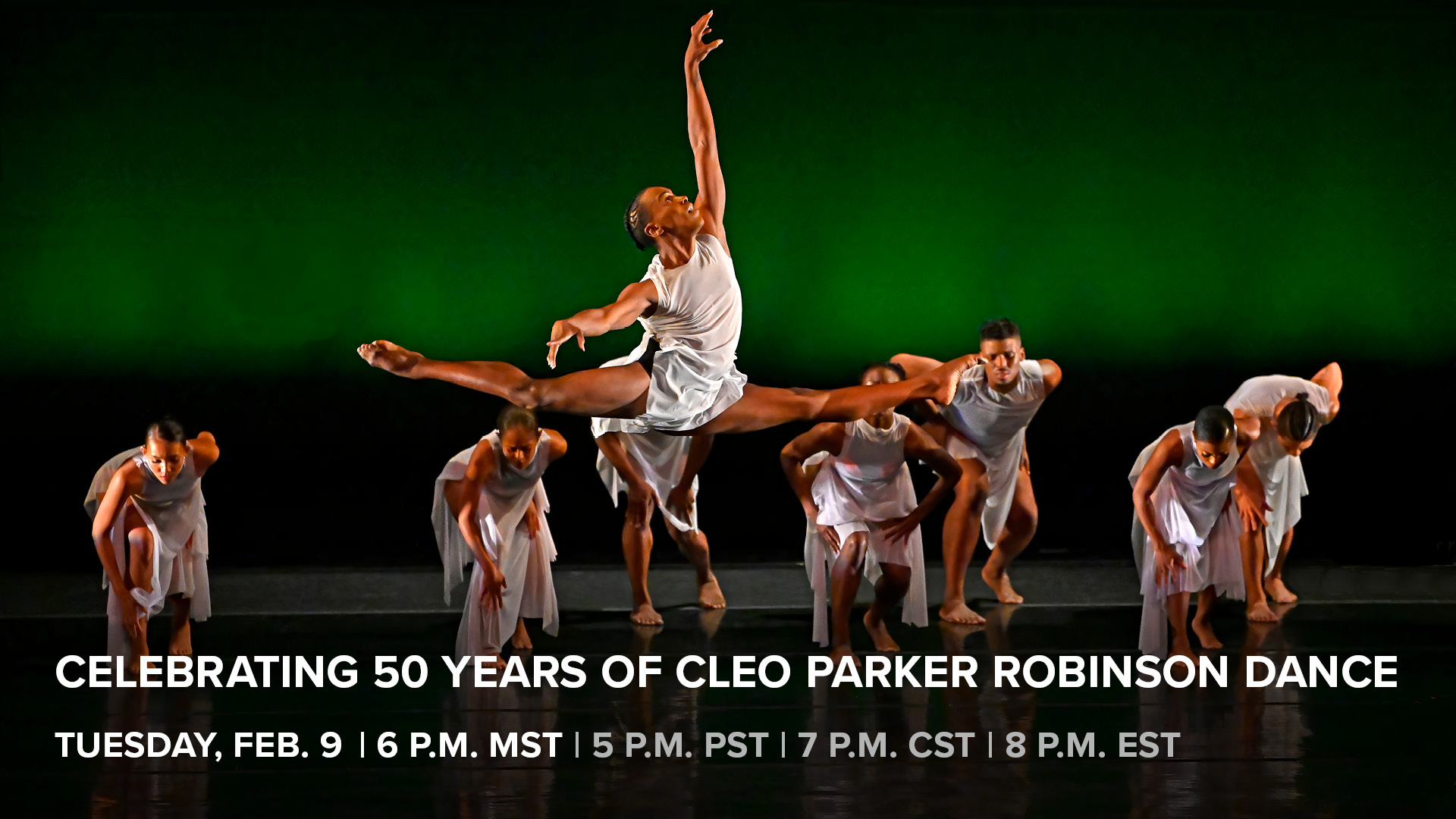 I. Turbulent Times
Music: “Tears for Johannesburg” by Max Roach

IV. Healing Waters
Music: “By the Waters of Babylon” by Bette Middler and Milt Abel

V. We Rise
Music: “We Rise” by Groove Junkies and Opolopo featuring Solara

VI. Dream the Dream
Music: “I Dream a Dream” by Aretha Franklin

CLEO PARKER ROBINSON is founder and artistic director of the 49-year-old Denver-based artistic institution, CLEO PARKER ROBINSON DANCE (CPRD), leading a professional Ensemble, a second company (Cleo II), a Youth Ensemble, an Academy of Dance, an International Summer Dance Institute, a 240-seat theatre which bears her name, and numerous community outreach programs throughout Colorado, nationally and internationally. She is the recipient of honors and awards from corporate, civic, community, and artistic entities world-wide, and is continually called upon by a myriad of organizations and performance venues to bring her Ensemble for performances, teaching residencies and motivational workshops. A master teacher/choreographer and cultural ambassador, she and her Ensemble have performed nationwide and internationally throughout Europe, the Caribbean, Asia, and the African continent, with their most recent international tours taking them to Bogota, Colombia in the Spring of 2019 and Mexico in Fall 2019.

In 1991, Ms. Parker served on the task force for the creation of a permanent location for the Denver School of the Arts (DSA), Denver’s first performing arts magnet school, and was subsequently honored In September 2017 at their 7th Annual Fall Gala, in recognition of her long-term commitment to excellence in arts education. She is also co-founder of the National Bahamian Dance Company, based in Nassau.

In 2011, Ms. Parker Robinson was voted an Honorary Lifetime Trustee of the Denver Center for the Performing Arts, in recognition of her longtime commitment and lasting impact on the Center. In June 2017, she became the recipient of the highly prestigious DanceUSA Honor Award and in September 2017, the Randy Weeks Arts Leadership Award from the Denver School of the Arts.

Ms. Robinson has served on NEA panels on Dance, Expansion Arts, Arts America, and Inter-Arts panels for the USIS. Ms. Robinson is a regular panelist for the National Foundation for Advancement in the Arts as well as other national task forces, boards and committees in the arts arena. In April 1999, she was appointed by former President William Jefferson Clinton, with Senate confirmation, to serve for four years on the National Council on the Arts, a 14-member panel advising the Chairman of the NEA on agency policy and programs, and reviews and making recommendations to the Chairman on grant applications.

Since 2011 and 2012, Ms. Parker Robinson has returned to her greatest passion, the art of the choreographer, creating and presenting two new full-length works, “Dreamcatchers: The Untold Stories of the Americas” and the riveting world premiere of her “Romeo and Juliet”, which was first presented in collaboration with the Colorado Symphony Orchestra. Her work “On the Edge…  Reaching to Higher Ground” premiered in October of 2014 in answer to resurging racial and human rights infractions both nationally and internationally. In Spring 2017, audiences were thrilled with the re-staging of two of her works melding the worlds of classical and jazz composition with the power, passion and beauty of modern dance – “Romeo and Juliet” and “Porgy and Bess”. Fall 2017 saw the premiere of her “Copacetic: A Tribute to Jonathon “JP” Parker”, honoring her father. In the Spring of 2018, she premiered “Lark Ascending” in collaboration with the Boulder Philharmonic. Her “Rhapsody in Black”, created in collaboration with CPRD Associate Artistic Director, Winifred R. Harris, premiered at the Newman Center for the Performing Arts, University of Denver.  In January 2019, in collaboration with the Denver Brass, she choreographed an innovative interpretation of Bernstein’s “On the Town” and Spring 2019 saw the premiere of her collaboration with the Colorado Ballet, entitled “The MOVE/ment” as part of the Tour de Force performance series at the Ellie Caulkins Opera House, Denver Center for the Performing Arts. Her most recent choreographic project brought her to UMKC in Kansas City to set a work on the students of CPRDE alum Gary Abbot, entitled “Check Cashing Day” in tribute to the jazz genius of Bobby Watson and Milt Abel.

Cleo Parker Robinson continues to be dedicated to celebrating the human experience and potential through the Arts and Education. Her life-long vision of “One Spirit, Many Voices” remains strong and steadfast, expanding to welcome, embrace, and sustain all people.

Using the universal language of dance to honor the African Diaspora, explore the human condition, champion social justice, unite people of all ages and races, and ultimately celebrate the complexity of life through movement.

Cleo Parker Robinson Dance (CPRD) is a cultural ambassador, infusing vitality, innovation and education into every community they touch—around the corner and around the globe.

CPRD was founded in 1970 and became a 501(c)(3) Not-for-Profit organization in 1974, continuing to build upon its dance school and ensemble origins. For five decades, CPRD has developed into an internationally esteemed organization that operates beyond the traditional performing arts model.

There are four pillars of the organization, namely, the CPRD Ensemble, Academy, Theatre, and Education programs. Working in concert, CPRD programs have created an oasis where a varied population—by gender, race, age and ethnicity—gather to study and appreciate a modern, cross-cultural approach to creative community development.