Eiko joined Shawn Womack, a professor of Colorado College’s Theatre and Dance Department, to discuss Eiko’s history of solo work, her relationship with site—from Philadelphia’s 30th Street Station in 2014 to Green-Wood Cemetery in 2020—and performance as a practice of dying. Their conversation, followed by Eiko’s media work “Attending,” is presented online by the Colorado Springs Fine Arts Center at Colorado College.

The footage of “Attending,” was from her duet with Iris McCloughan as a part of the premiere performance of The Duet Project: Distance is Malleable at 2019 American Dance Festival. This edit is not splicing footage but rather an attempt to transform performance footage into a more abstract and elemental media work about dying. Video and sound edit by Eiko Otake during 2020 summer. Soundscape created in collaboration between Eiko Otake and David Harrington (violin). 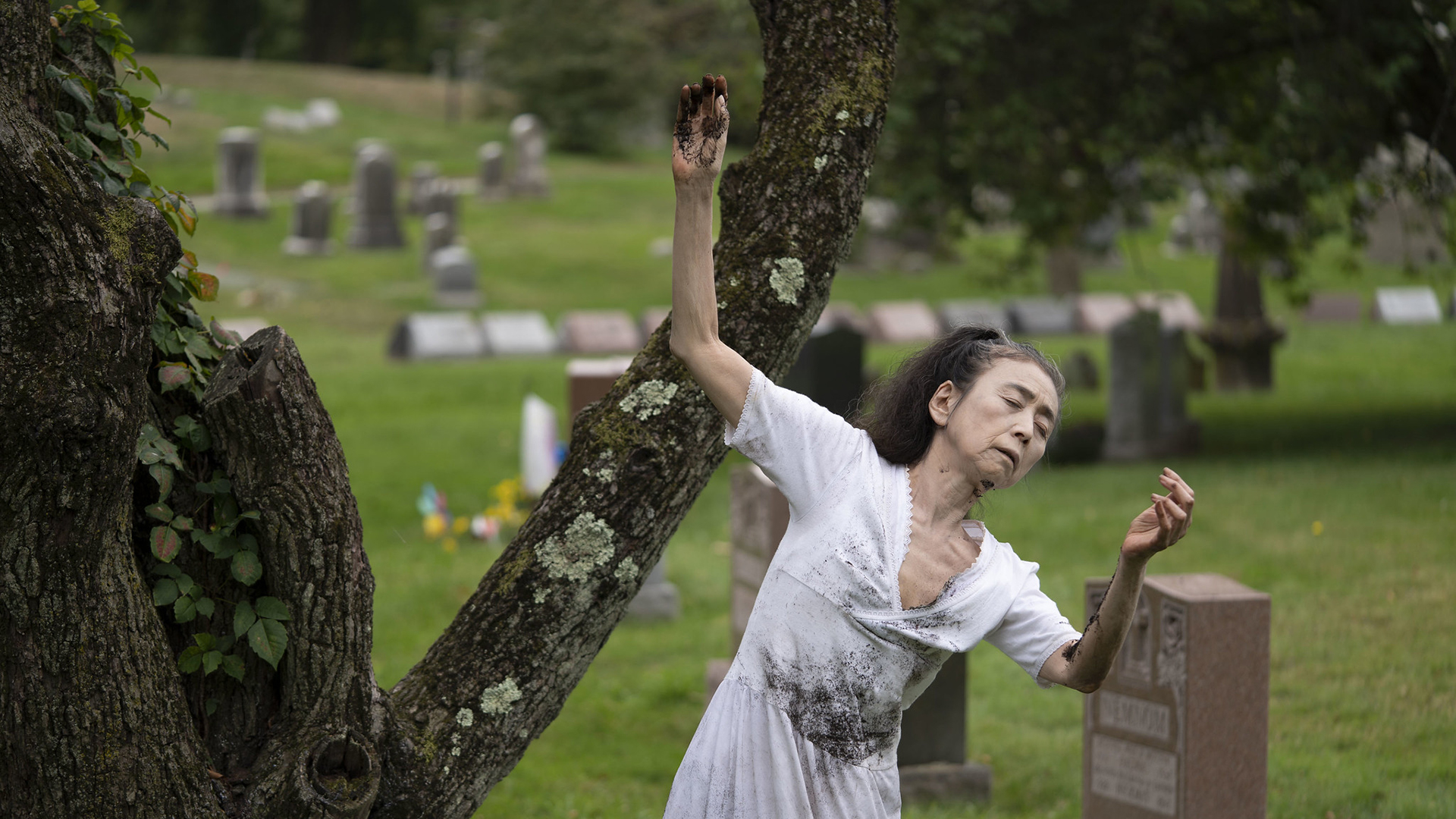 A conversation about Eiko's work

Born and raised in Japan and a resident of New York since 1976, Eiko Otake is a movement–based, interdisciplinary artist and performer. She worked for more than 40 years as Eiko & Koma performing their own choreography worldwide and handcrafting sets, costumes and sound. They created 46 interdisciplinary performance works, two career exhibitions, and numerous media works. Between 2014 and 2019, she and photographer/historian William Johnston travelled five times to post-nuclear meltdown Fukushima and collaborated on creating A Body in Fukushima, which has been presented internationally at museums, art centers, and conferences on environmental disasters. In 2017, she launched a multi-year Duet Project, a series of collaborations with artists of different backgrounds and disciplines, living and dead.

Eiko has been honored with a MacArthur Fellowship, the Samuel H. Scripps American Dance Festival Award, and the first Doris Duke Artist Award. For her solo work, she has received a Bessie’s Special Citation, an Art Matters Fellowship, the Anonymous Was a Woman Award, and the Sam Miller Award for Performing Arts. Eiko teaches interdisciplinary college courses about the atomic bombings and other environmental issues at Wesleyan University, New York University, Colorado College and Tokyo University.  Learn more at eikootake.org