International Indigenous cultural collaborators breathe new life into ancestral creation stories like star maps to guide the future, emerging from destructive centuries of oppressive colonial systems and disease, to remake the world. Meeting in the liminal ‘space between,’ as an opportunity to relate to cyberspace as a realm of Indigenous liberation, with the power to intuit deep connections, activate reciprocal relations, and reimagine the future. 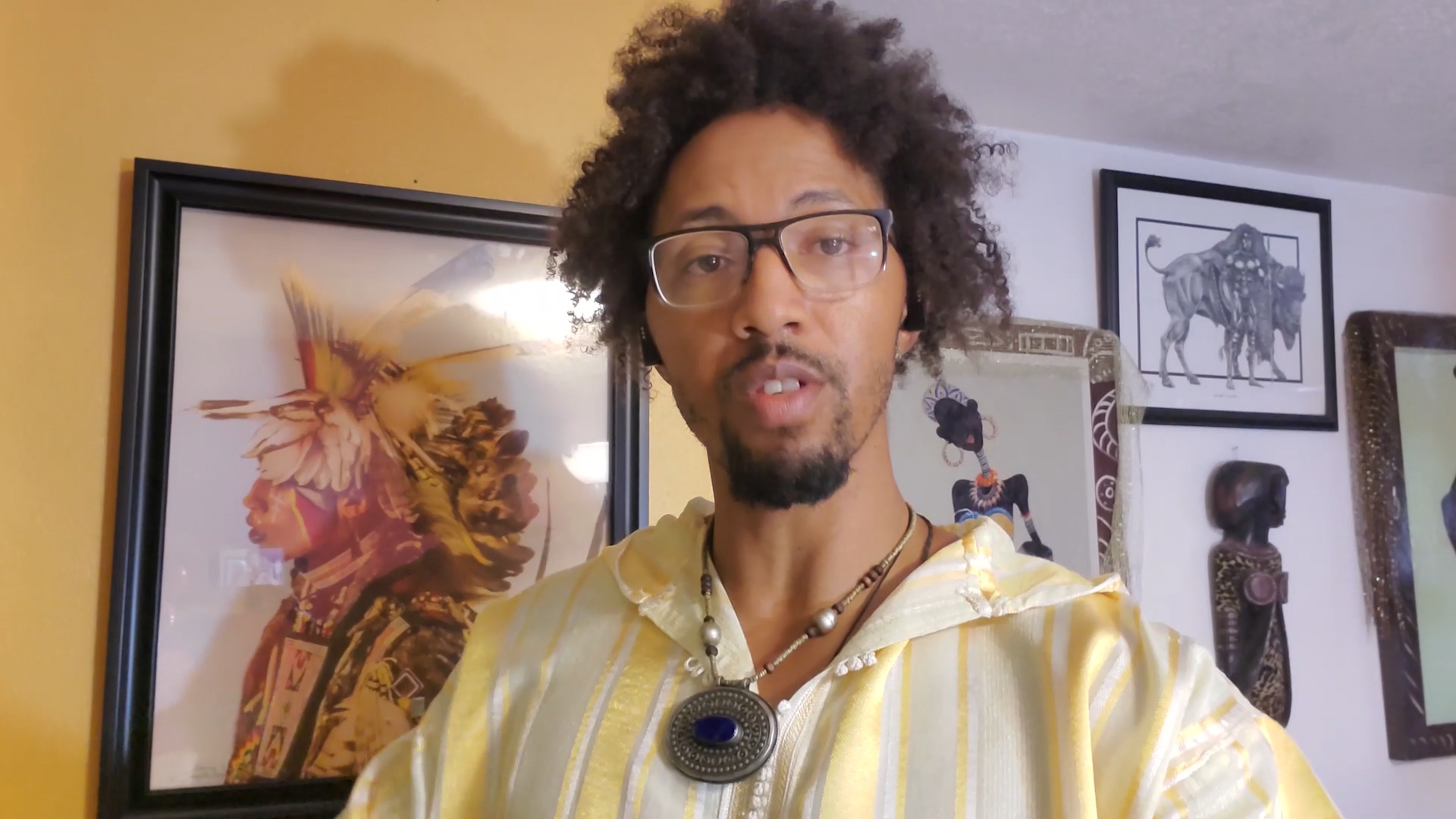 Her professional experience spans international ballet, modern dance, opera, circus, feature ﬁlm and television production. Surviving cancer to discover her leadership purpose, Tangen continues to teach extensively in Native communities across the Americas. With a vision for inclusion, she cultivates a new generation of Native dancers, through creative practice that explores intertribal diversity. Many of these students eventually join the company, crediting the work to have empowered their identity and scope of artistic aspiration. Her teaching credentials include Washington University’s Visiting Distinguished Scholar; guest artist instructor at Stanford University’s Institute for Diversity in the Arts for “RACE AND ENVIRONMENT”; Native Wellness Institute Leadership Academy; Artistic Residencies New Zealand’s Intercreate symposium and US universities.

Her vision is recognized through honors including Kennedy Center Citizen Artist award for Service, Courage, Freedom, Justice, and Gratitude; the ﬁrst dance fellowship for Artistic Innovation by the Native Arts and Cultures Foundation; Costo Medal for Education, Research and Service; Arts and Healing Network’s Arts and Social Change award; A Blade Of Grass Fellow for artistic excellence and social change. dancingearth.org

QVLN’s (Project Musical Director) signature, modern roots sound is a musical extension of his multi Indigenous American, Mexican, and Brazilian heritage including Indigenous Yaqui, Juaneno and Cambiva ﬁrst peoples. As a gifted multi-instrumentalist and performer, QVLN (pronounced Q-Violin) expresses his passions for love, life, and dance with his voice, violin, guitar, and percussion. Overﬂowing with creative and cultural curiosity, QVLN is on the road about 200 days a year performing at clubs, festivals, and cultural centers — and for people in remote parts of the world that commercial music bypasses. His dedication to bringing live music to often-neglected communities has been ongoing. In 2015, QVLN had the honor of representing the United States as part of the State Department’s American Music Abroad program, in conjunction with long-time collaborator Oveous. QVLN is also an accomplished dancer and capoeirista, and is touring around the globe. Here is footage from Living Earth Festival, where he was featured at the National Museum of American Indian.

Ian Garrett (Project Tech Director) is an artist, designer, producer, educator, and researcher in the ﬁeld of sustainability in arts and culture. As Associate Professor of Ecological Design for Performance at York University in Toronto, and the co-founder and director of the Centre for Sustainable Practice in the Arts (CSPA), and Executive Producer at Toasterlab. He is a member of Associated Designer of Canada, where he serves on the Board of Directors, and chairs the Education Committee for the Broadway Green Alliance.
Ian maintains a design practice focused on integration of ecology, technology and scenography such as the geolocated, mixed-reality project Transmission at the FuturePlay Festival in Edinburgh and Future of Storytelling Festival in New York. Recent work includes Groundworks with Dancing Earth — a performance media project about California Native lands through collaborations with Pomo, Wappo, Ohlone community members; and Swim Pony Performing Arts in Philadelphia on TrailOff which brings focus to the trails in watershed areas of Philadelphia through geolocated immersive audio and new writing. The previous two years have seen Ian focused on the concept of “Technological Hauntings,” using geolocated mixed reality content to time-shift site speciﬁc performance. The ﬁrst such project was the multi-site speciﬁc Transmission, a story of meeting our celestial neighbors, which premiered in Edinburgh’s FuturePlay Festival, then seen at the Future of Storytelling Festival, NY a member of the US Institute of Theatre Technology, where he recently served as the Curator for the United States’ entry for the 2019 Prague Quadrennial. He is Co-Chair of World Stage Design 2021. toasterlab.com

Tiśina Parker (Social Impact Producer), of mixed California Native – Southern Sierra Miwuk of Yosemite, Mono Lake Kucadikadi Paiute and Kashia Pomo tribes. She has a background in Community Arts Education and has worked with a variety of inter-tribal arts and activist organizations for nearly ten years in the San Francisco Bay Area including Seventh Native American Generation and BAAITS Two Spirit Powwow. Tiśina has a BA in Community Studies from UC Santa Cruz and a BFA in Fashion/Textile design from California College of the Arts where she graduated with highest class honors of “Emerging Talent.” Tiśina continues her personal artistic practice as a dancer and her ﬁne art design practice working in various textile mediums including digital textile design, natural dye methods and weaving. See her costuming using organic plant dyes and repurposed ﬁbers

LUMHE SAMPSON (Collaborating cultural artist). As one of the Sampson Bros, Lumhe is a multi-disciplinary artist hailing from Mvskoke/Seneca tribes and is world renowned for his innovative and unique collaborative style in hoop dance exhibition. Symbolizing the connection and emphasizing importance in unity of all things in this world, his unique storytelling invigorates the mind and brings harmony to ones soul. Together, the Sampson Bros. have been teaching and sharing the art of Hoop Dance for over 25 years throughout Turtle Island and beyond. He has been featured on TedX Talks, as well as a KQED proﬁle for IF CITIES COULD DANCE, for the city of Minneapolis which went viral with 19000 views and counting!

Dakota Camacho (Collaborating Artist, Ancestral Lineages: Matao/Chamoru, Ilokano, European) is born and raised in Coast Salish Territory. They create activations of indigenous knowing, life ways, and spiritual connection. As a multi-disciplinary artist-researcher, the work spans the realms of ritual activation, performance art, installation, contemporary indigenous movement, traditional chant, culturally convergent music, and ancestral responsibility. The work aims to proliferate inafa’maolek — unifying human consciousness with the natural world, restoring balance with the elements, and living with life force. Camacho has worked at festivals, universities, and community organizations as a public speaker, facilitator, composer, and performer across Turtle Island, Aotearoa (New Zealand), Australia, Europe, and South Africa. Camacho holds a MA in Performance Studies from Tisch School of the Arts at NYU, and graduated from the University of Wisconsin-Madison with a B.A. in Gender & Women’s Studies. Dakota received 2019 GAP Award funding to tour to Tkaronto (Toronto), the traditional lands of the Haudenosaunee, & Anishinaabe peoples since time immemorial and part of the original homelands of the Wendat people. View music video highlighting his work

Eugene Pickett III aka “Trey” (collaboratng artist) born in Altadena, California now resides in Albuquerque, New Mexico. He is of mixed heritage (West African, Aniyunwiya, French, Irish) from a performing family and has 20 years of experience. Sharing love and culture through the arts as dancer, teacher, choreographer, short ﬁlmmaker, actor, model and rap artist. His voice is featured on the soundtrack of Dancing Earth’s most recent production Between Underground and Sky World. His physical expressions span an impressive range of ﬂuency, including martial arts, urban street forms, African diasporic, social dances, ballet, and contemporary forms. With Dancing Earth, he has toured to Toronto’s Planet Indigenous at the Harbourfront Centre, and originated roles in three production premieres at ASU Gammage, Ft Lewis Concert Hall, as well as special appearance at the Kennedy Center in Washington DC. In 2015, he was also selected as a solo cultural artist ambassador to visit and exchange with Maori communities in New Zealand.
Work samples of choreography/ﬁlmmaking/dance/concept

Jade Whaanga (Collaborating Artist) is an Aotearoa (NZ) based Indigenous Producer/Choreographer/Dance Performer who hails from Ngati Kahungunu, but was raised in Te Waipounamu. Graduate of Masters in Dance Studies at the University of Auckland, Jade’s research focuses on re-claiming the indigenous feminine body and healing historical trauma through dance as ritual. She facilitates wahine lunar workshops, a space for women to develop sisterhood. In 2018 she was taught mau rakau by Malcom Kerehoma (Ngati Whatua) at Te Wananga O Aotearoa. From 2016 till present she has built and maintained a relationship with Dancing Earth, contributing as a performer in 4 cities, administrator in Yelamu/San Francisco and assistant director in the new work Between Underground & Skyworld presented in 2019-20 She was featured recently on Maori television news in New Zealand