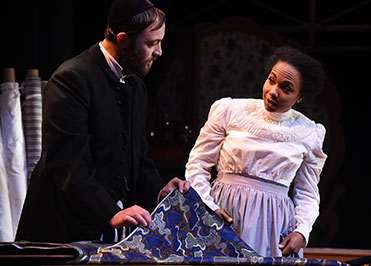 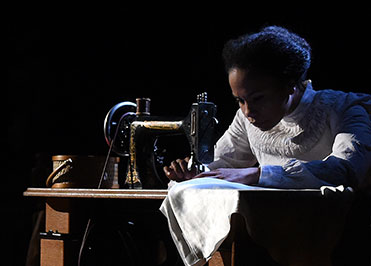 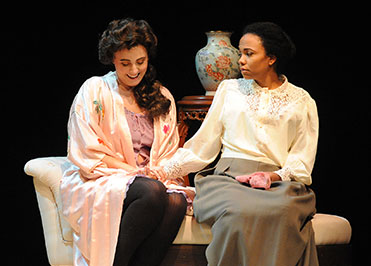 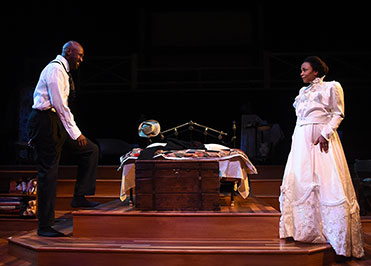 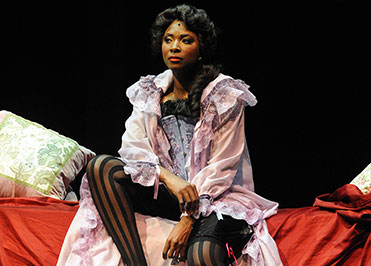 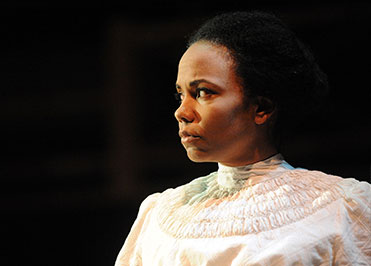 In 2018, the FAC Theatre Company produced Intimate Apparel by Lynn Nottage, a beautifully written and intensely personal story that weaves a delicate tapestry of the joys and sorrows of Esther, an African American seamstress in 1905 New York City. She sews elegant intimates for socialites and prostitutes alike as a vibrant cast of characters plays part in her determined search for love and respect in a world that seems to overlook her.

In celebration of Black History Month, the entire cast of the 2018 production will reunite to present a virtual reading of the play. The reading will be streamed live on Feb. 19 and available as a video on demand Feb. 20 – 28. 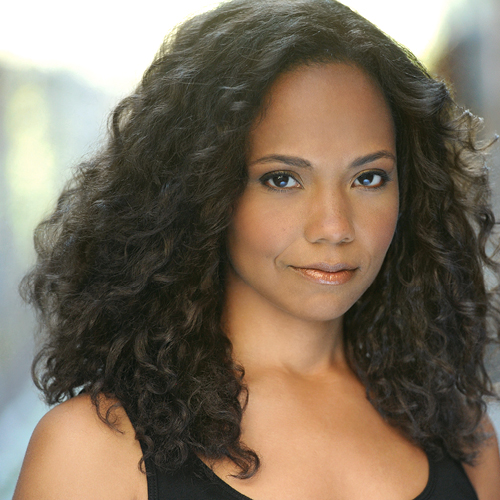 Lauren Hooper (Esther) is thrilled to be re-uniting with the FAC family to breathe life into Intimate Apparel once more. Select NY and regional musical theatre/play credits include: Michael John LaChiusa’s The Wild Party, Stealing Freedom, Beauty and The Beast, Dreamgirls and Ragtime. TV: Homeland (recurring), Shades of Blue and Law & Order: SVU. Film: King of Paper Chasin’ and For Colored Boys: Redemption. BFA in Musical Theatre, University of Michigan. Proud wife and mama. Lauren feels most alive actualizing her passions despite her fears and hopes to inspire others to do the same. With love and empathy, the impossible becomes possible. LaurenHooper.com 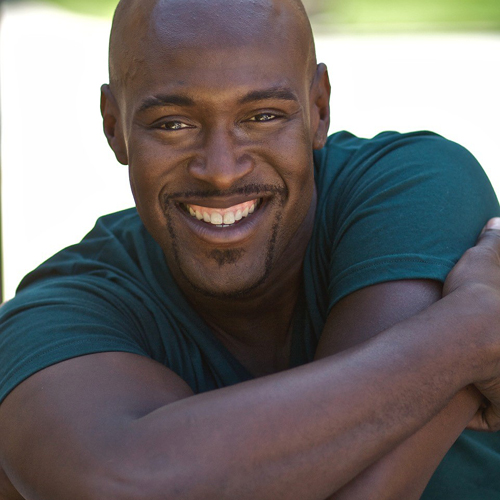 John Eric Parker (George) is delighted to revisit George, this beautiful piece, and this wonderful company.  He is a New York native and his credits include Broadway/New York: The Book of Mormon, Randy Newman’s Faust, Memphis, The Wiz, The Body Beautiful, Jerry Springer: The Opera, All Shook Up and Rent.  Other credits include  The Overwhelming, Once on This Island, Dessa Rose, and Chess; TV/Film: Tales of the City (Netflix), Patriot Act (Netflix), Frozen (Disney).  John Eric is also a founding member of the Grammy nominated Broadway Inspirational Voices. Many thanks to Scott Levy, this incredible company, Craig Holzberg and of course, Charles. 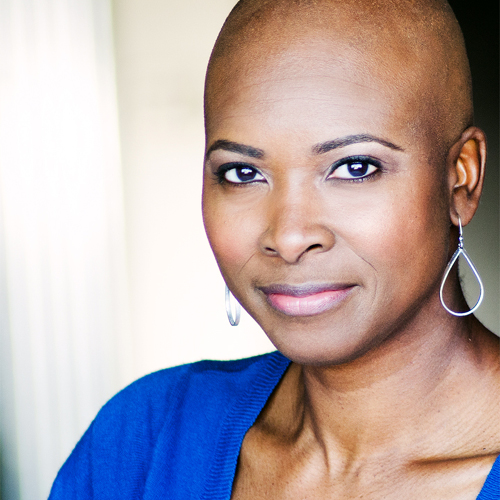 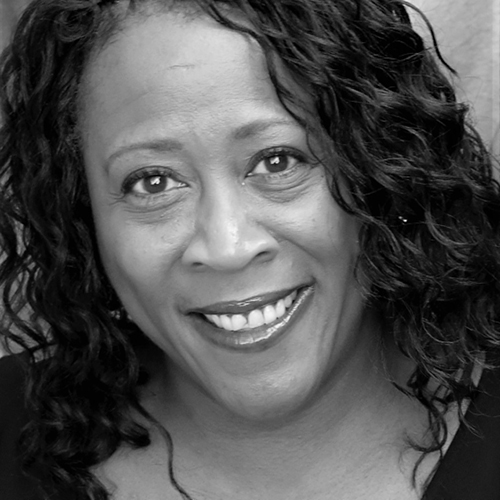 Lynne Hastings (Mrs. Dickson) has been a part of the Colorado Springs Arts for 25 years. Past performances include: A Raisin in the Sun, Happy Days, A Christmas Carol, Joe Turner’s Come and Gone, Seven Guitars, and Doubt at Theatreworks; Hairspray, Intimate Apparel and Little Shop of Horrors at the Fine Arts Center; and Afterlife: A Ghost Story, Motherhood Out Loud and Julius Caesar at SET. Lynne is the happy wife of actor David Hastings, and the proud mom of Trevor and Maya. 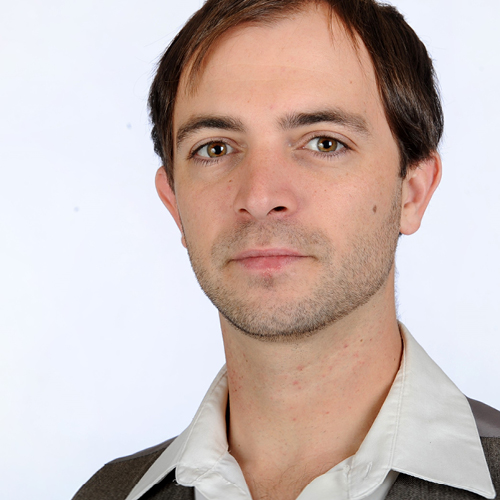 Michael Lee (Mr. Marks) has been acting in Colorado Springs for 30 years. He is a graduate of the University of Colorado at Colorado Springs and holds a bachelor’s degree in Philosophy with his minor in Theatre. He is grateful to work with the Fine Art Center again to revisit this story. He has appeared in several previous productions, including Renfield in Dracula and Roat in Wait until Dark. Michael has frequently collaborated with Theareworks and The Millibo Art Theatre where he won Pikes Peak Arts Council Awards for his respective performances of Silvio in A Servant of Two Masters and Harold in K2. He has produced and directed shows for the Star Bar Players and Theatre d Art, including One Flew over The Cuckoo’s Nest and A Clockwork Orange. Michael is also a co-founder of Grown Up Costume Party Productions. He would like to thank his family and friends for their support. Follow Michael on Instagram 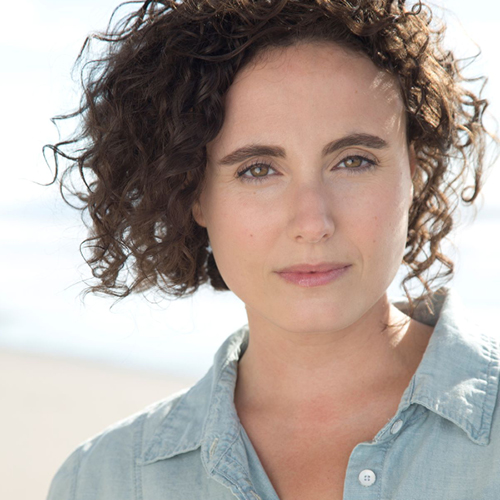 Katie McGehee (Mrs. Van Buren) received her BFA from NYU’s Tisch School of the Arts and later her MFA from UCSD/La Jolla Playhouse and is making her FAC debut. She has been acting and directing for almost 20 years across the country and around the world. Also a classically trained singer, she now resides in Los Angeles and has continued her passion for performance in the film and television genres. When she’s not on stage or in front of the camera, you can find her at Rogue Magazine “performing” her Editorial Director duties or at Socially You, her digital marketing company. Love to Mom, Dad, Rachel and her incredible network of the best friends ever!