The Arts & Social Action:
The End of Their World, Welcoming In Ours

This event offers a portal into the truths of six disciplined and worldly artists who often speak what is unspoken, drawing on themes of pandemics, uprisings, and survival. We will showcase the work, struggles, and lives of Trans women and Trans femmes of color who have world-ending ideas and dangerous dreams of a future that respects all gender autonomy. This work and the ensuing conversations will explore how trans feminine people incorporate art into their organizing and activism practices, through the stylings of cinema, song, music, dance and live performance portraying pandemic era trans feminist politics. Prepared video recordings and live performances of each artist’s work will be shared and then followed by a live conversation and Q&A with the artists hosted by CC Artist-in-Residence, edxi betts.

Watch the recording of the Feb. 28 event below. 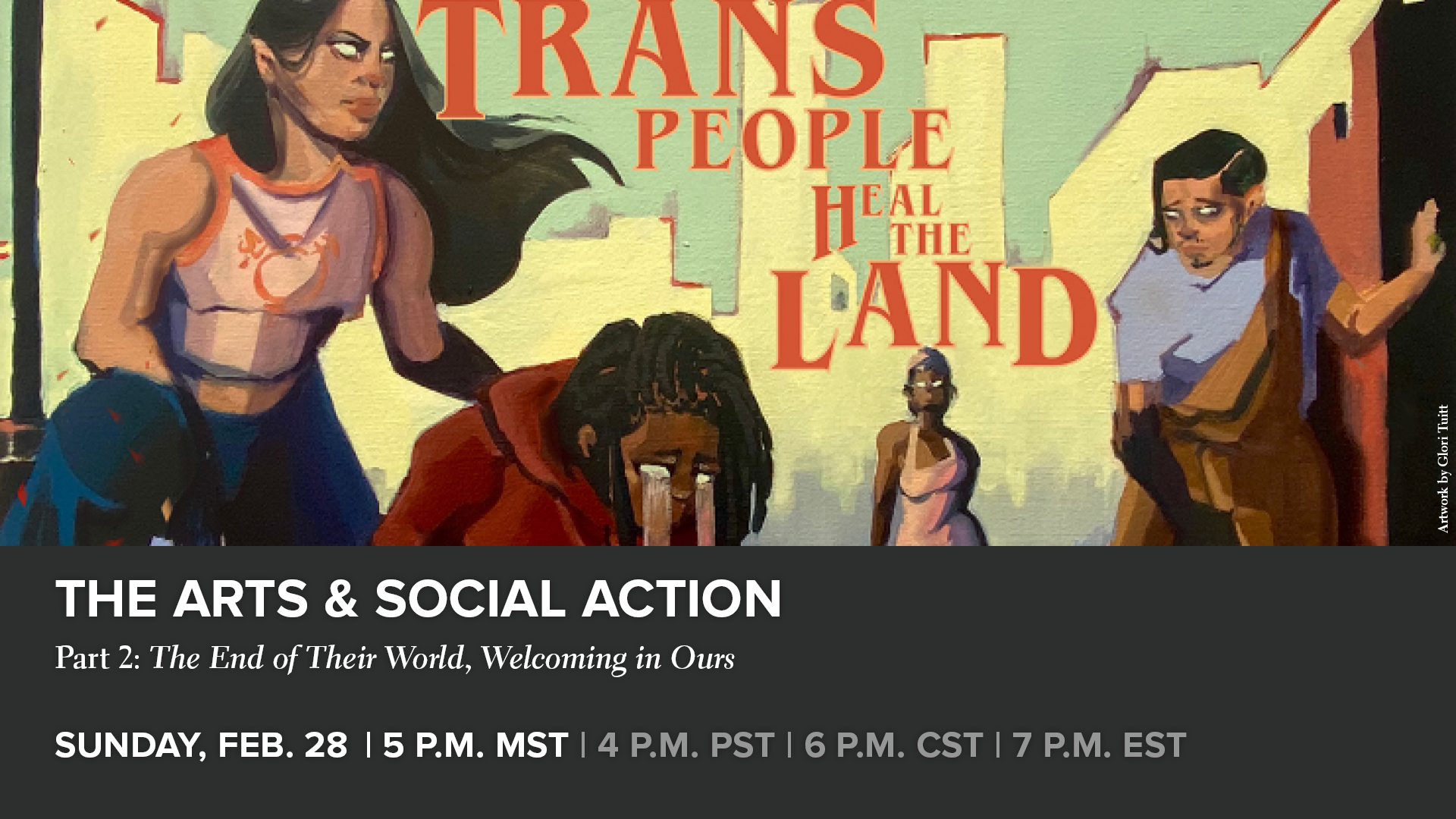 edxi betts is a Afro Indigenous (Black, Blackfeet, Filipina) Trans feminine multi disciplinary artist, organizer and this year’s Mellon Foundation Artist-In-Residence for the Feminist & Gender Studies Program of Colorado College. Her goals have been to support colonized peoples through insurrectionary mutual aid and political art, performance and education through an anti-colonial lens.

Reyna Ripper (they/them/she/the sound of snakes hissing) is a non binary Taino/Ilocano/Spanish noise artist whose work is centered on themes of cathartic dissociation, intergenerational colonial curse breaking & the instrumental use of the body as a medium for spirit possession.

Jade Phoenix is a fierce story and truth teller, a vulnerable yet dynamic performance poet and actress, an informative and engaging cultural producer of film and media, that uses her platform and art to shift and change the conversations and dialogue, specifically for trans women/femme and gender non conforming people of color in the arts, academia, and film.

Davia Spain is a prism. The light and dark of a life buoyed by triumph and marred by tragedy is refracted through her work, the lilt of existence as recognizable as her lithe contralto. Her art is a melange of mediums, a stew of classical and jazz training, electronic experimentation, theater, intrepid filmmaking and sinuous dance. Her latest work, ‘Dawning,’ is an exhalation, a diaphramatic release in which her experiences are explored, absorbed and released through a sci-fi concept album about a woman sent from underwater to save earth.

Jade Renegade is a mixed medium performing artist who graduated from the University of California, Irvine, with a BA in Dance with an emphasis in Modern movement. As a dancer, stand-up comedian, and actress, Jade has worked in a variety of live entertainment roles, using both personal history and fantasy to create unique and transcendent experiences. She is passionate about using performance for tool for education and community building. Recently she has been exploring how to translate these skills into live-streaming, self-produced video, and building strong interdependent trans communities online.

Ahya Simone is a Detroit-based harpist, singer, artist, and organizer. She earned her degree from Wayne State University, where she was the principal harpist for the Wayne State University Wind Symphony in 2011. She has performed extensively in Detroit, and internationally in Scotland and Canada. Ahya’s versatile approach to harp and vocal artistry includes classical, jazz, and soul. She is also an emerging filmmaker, and was awarded a Knight Sundance Fellowship in 2018. She is in the midst of developing “Femme Queen Chronicles,” a web-series sponsored by the Trans Sistas of Color Project and the Detroit Narrative Agency 2.0.