As a child, the book 2001: A Space Odyssey by Arthur C Clarke ignited Munro’s imagination about all things ‘space’ but it was Stanley Kubrick’s film interpretation of the novel that presented for him, a new perspective on the world. The subtlety of Kubrick’s interpretation of a man-made machine surpassing the intelligence of its human makers was a concept Munro found both chilling and humorous.

Thank You for a Very Enjoyable Game is as much about Kubrick’s genius as a filmmaker as it is a stark warning to a world where artificial intelligence and the human condition grow ever closer, a subject so pertinent in a world driven by technology today. The work is also a reflection on Munro’s continued interest in language and literature where written and visual experiences are translated and re-interpreted by him through his work.

Munro’s work creates a visual abstraction of the chess game between the spaceship supercomputer HAL 9000 and the astronaut Dr. Frank Poole. 30 chess boards, inlaid with colored Formica, are positioned in a linear formation tracking the moves made in the chess game. A subtle audio soundtrack of chimes (suggesting a ‘chess clock’ timer) indicating a move has been made by a player. Each square has a designated audio note and is derived from Tingsha – the cymbals used in prayer and rituals by Tibetan Buddhist practitioners. The chime was specifically chosen to emphasize the contemplative nature of the game of chess. 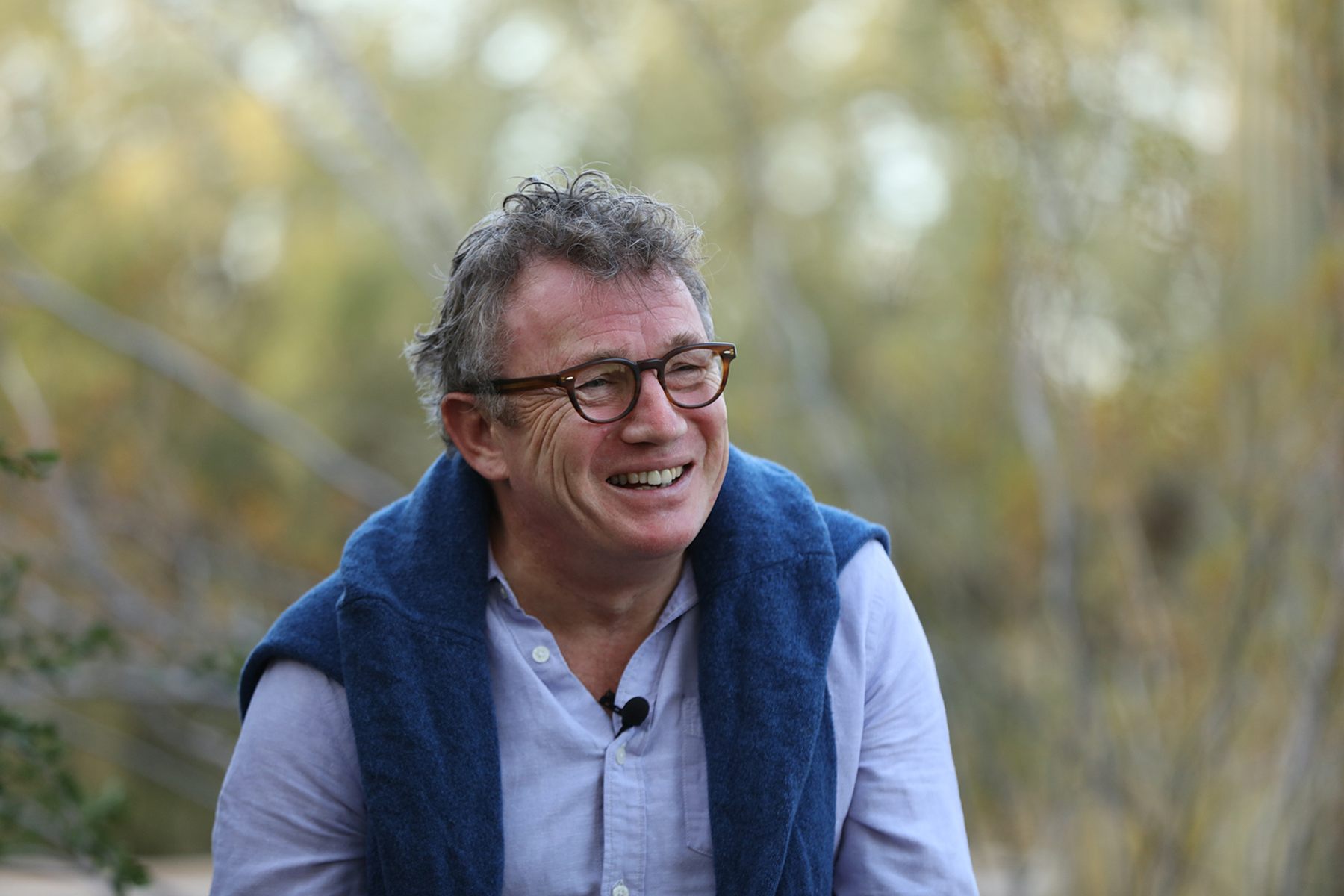 British artist Bruce Munro is best known for producing large, immersive light-based installations, which often employ a massing of components by the thousands. An artistic diarist, he has spent over 30 years collecting and recording ideas and images in his sketchbooks, which he returns to over time as source material.

Language, literature, science, and music have also greatly influenced his work. Frequently, Bruce’s subject matter is his own experience of fleeting moments of rapport with the world and existence in its largest sense of being part of life’s essential pattern. His reoccurring motif is the use of light on an environmental scale in order to create a sensory and emotional experience for the viewer.

Bruce completed a B.A. in Fine Arts at Bristol in 1982. Shortly after he moved to Sydney where he worked in design and lighting, inspired by Australia’s natural light and landscape. Returning to England in 1992 he settled in Wiltshire with his wife Serena and raised four children.