Each of the individuals photographed was experiencing homelessness and receiving services at Springs Rescue Mission at the time of the photo shoot (March, 2016). Like 70 percent of our community’s homeless population, many of the subjects’ last address was in Colorado Springs. Some grew up here, played sports at Palmer High School, buried loved ones in Evergreen Cemetery, or raised their children in the shadow of Pikes Peak.

Each of the subjects participated voluntarily and shared parts of his or her story with the photographer.

People on the Periphery 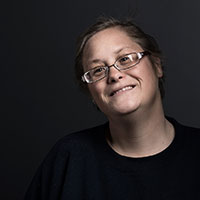 
Loves the Turkey Club from Subway
Sleeps with her two cats, Socks and Boots—in her minivan
Just discovered she’s pregnant with twins 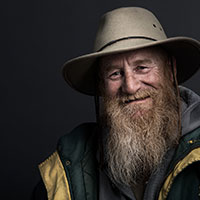 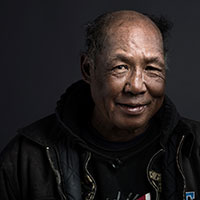 
Went to Palmer high school
Served in the 461 Air Defense at Fort Carson
Used to hitch-hike around the country in the “hippie days”
Was brought to the U.S. from South Korea by his adoptive father,
Who beat him for speaking his native language

Springs Rescue Mission exists to make it possible for everyone living on the streets of Colorado Springs to find a pathway home. Each of the subjects of this photo shoot received a combination of these services: shelter, casework, food, and others. More