The central video of ^^(Resource) follows the journey of a yellow stone taken from Dook’o’osliid, later named the San Francisco Peaks in Arizona, a location that is sacred to the Diné people. The stone moves from a lab to a shop, and finally to a ritual ceremony. These contexts—scientific, aesthetic, consumerist, and spiritual—contribute to the stone’s changing meaning and significance. Yellow is the is the color the Diné associate with the mountain and the cardinal direction west. While the experiences with the stone change based on the people who interact with it, the imagery of the mountain range reminds us of where this resource came from and has since been extracted and removed.

^^(Resource) is part of the Fine Arts Center’s video series and is organized by Katja Rivera, Curator of Contemporary Art and Savanah Pennell, Curatorial Paraprofessional.

Steven J. Yazzie (b.1970) Newport Beach, California; lives and works in Denver, Colorado. Yazzie is a multidisciplinary artist working in painting, installation, video/film and community. He is the co-founder of Digital Preserve LLC, a digital film production project which prioritizes collaborations with arts and cultural institutions, leveraging Indigenous issues and voices to the forefront of public discourse. Additionally, Yazzie was a founding member of the Indigenous arts collective, Postcommodity, and is the co-founder of the Museum of Walking. Yazzie is a proud member of the Navajo Nation and is a veteran of the Gulf War, serving honorably with the United States Marine Corps 1988-92. He received a Bachelor of Fine Arts degree in Intermedia at Arizona State University and was named the 2014 outstanding graduate for the Herberger Institute for Design and the Arts. He also studied at Skowhegan School of Painting and Sculpture, Maine, 2006.

Yazzie is a 2021 recipient of the Eiteljorg Contemporary Art Fellowship and recently awarded Community Scholar for the Interdisciplinary Research Institute for the Study of(in) Equality, University of Denver, Colorado. He is currently the Native Artist in Residence at the Denver Art Museum.

Wednesday–Sunday 10 a.m.–4 p.m.
Admission includes entrance to all galleries in the museum. 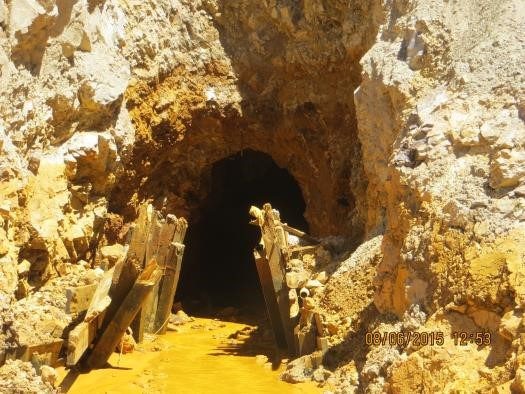 During the busiest real estate season in one of the most competitive markets, Yazzie will install a sign from the “Reality Group, Land & Resource Speculation; Gold King & Associates,” giving the appearance that the property is for sale. The number listed will lead viewers to a 60-second reading from an unknown person who shares a poem, quote, or excerpt from a story, book, or related sources, which addresses environmental concerns around water, urban development, and our human impacts on the American West and beyond. At the end of the reading, the caller may leave a message of their own, which will be archived in the form of an audio file and a transcribed email.

“Gold King” refers to the Gold King Mine wastewater spill from 2015 which caused the toxic release of wastewater into the Animas River watershed. By drawing attention to capitalist concepts of private property, ownership, and over-development in a place where water is a precious, dwindling resource, Yazzie is making a clear connection to the failures of the US Government in regard to environmental protection, while offering a platform for native and non-native voices to be heard, hopefully raising awareness and bringing attention to a crisis that has been unfolding for centuries.