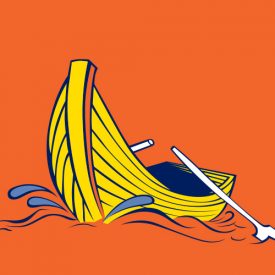 An event every week that begins at 7:30 pm on Sunday, Thursday, Friday and Saturday, repeating until May 3, 2020

Pack your gear for this 21st-century telling of 19th-century American explorer and one-armed Civil War veteran John Wesley Powell, who assembles a brawny band of soldiers, trappers, and adventurers to explore the waterways of the American West. Inspired by Powell’s actual travel log from 1869, Jaclyn Backhaus’s nimble and ingenious script is provocative, laugh-out-loud theatre, performed by a diverse cast of women who infuse America’s historic myths of male conquest with a sly blast of subtext.

The FAC Theatre Company and Colorado College will host a conversation about themes emerging from the show following the Sunday matinee performance of Men on Boats. This will be the fifth of several Sunday Salon discussions throughout the season, which allow additional engagement with the production through conversation with a member of the Colorado Springs community and a member of the Colorado College faculty. This Sunday Salon is free and open to all ticket holders (regardless of which performance of…