There’s more to lowriders than just hopping cars—rooted in a strong bond with community, faith, culture, family, and artistry, lowrider culture is a way of life for many in New Mexico. This project explores the unique car culture that can be seen vividly every day along Route 66 in Albuquerque, with poetry and music from Carlos Contreras, Hakim Bellamy, and Diles. 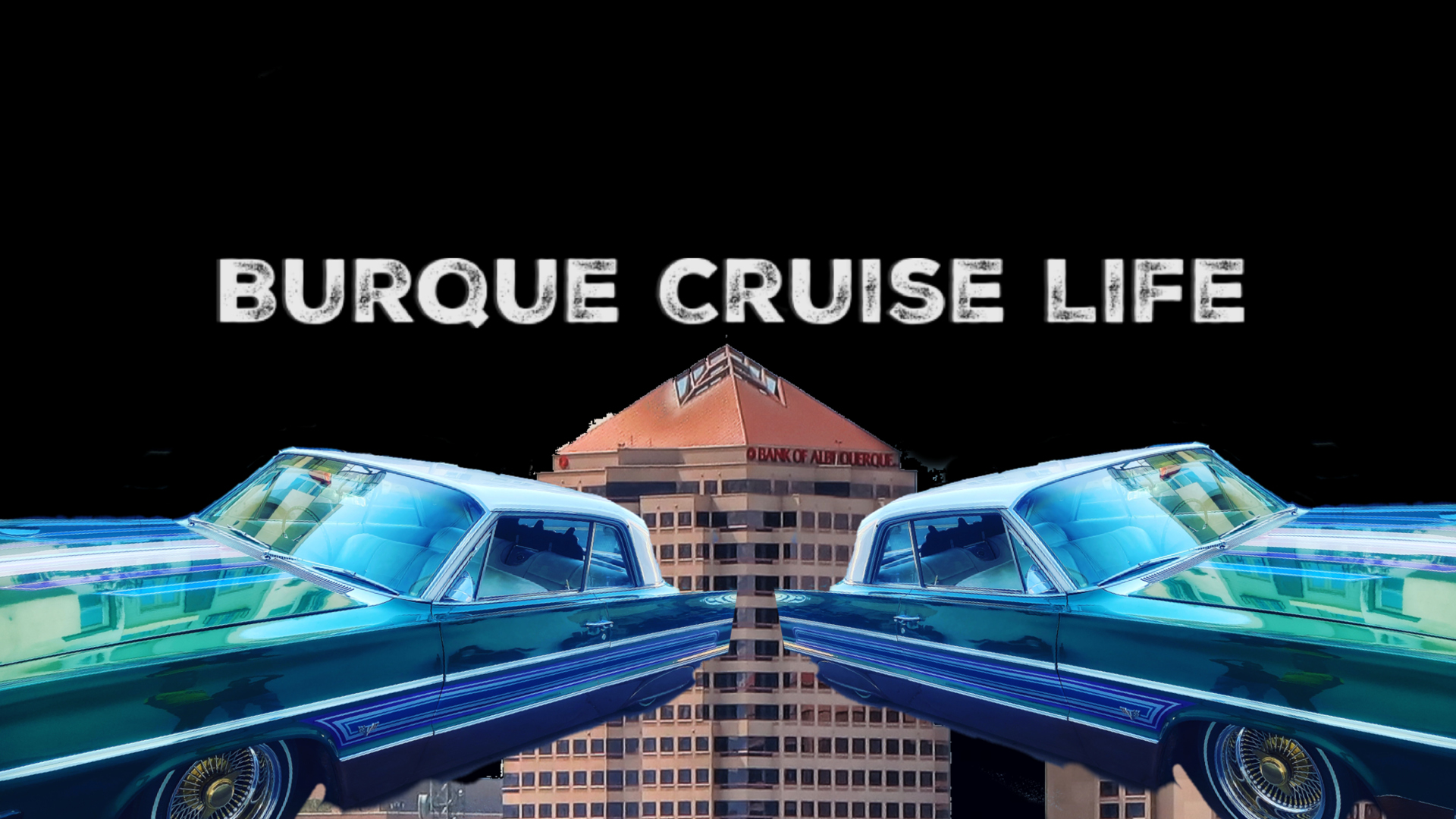 Sundays in Albuquerque remind me
that we are a migratory species.

sometimes the only home we know
has an engine.

No smiles, but we all good.
No mad.

Been around the block
and back, see.

you ain’t never seen a car
do this. 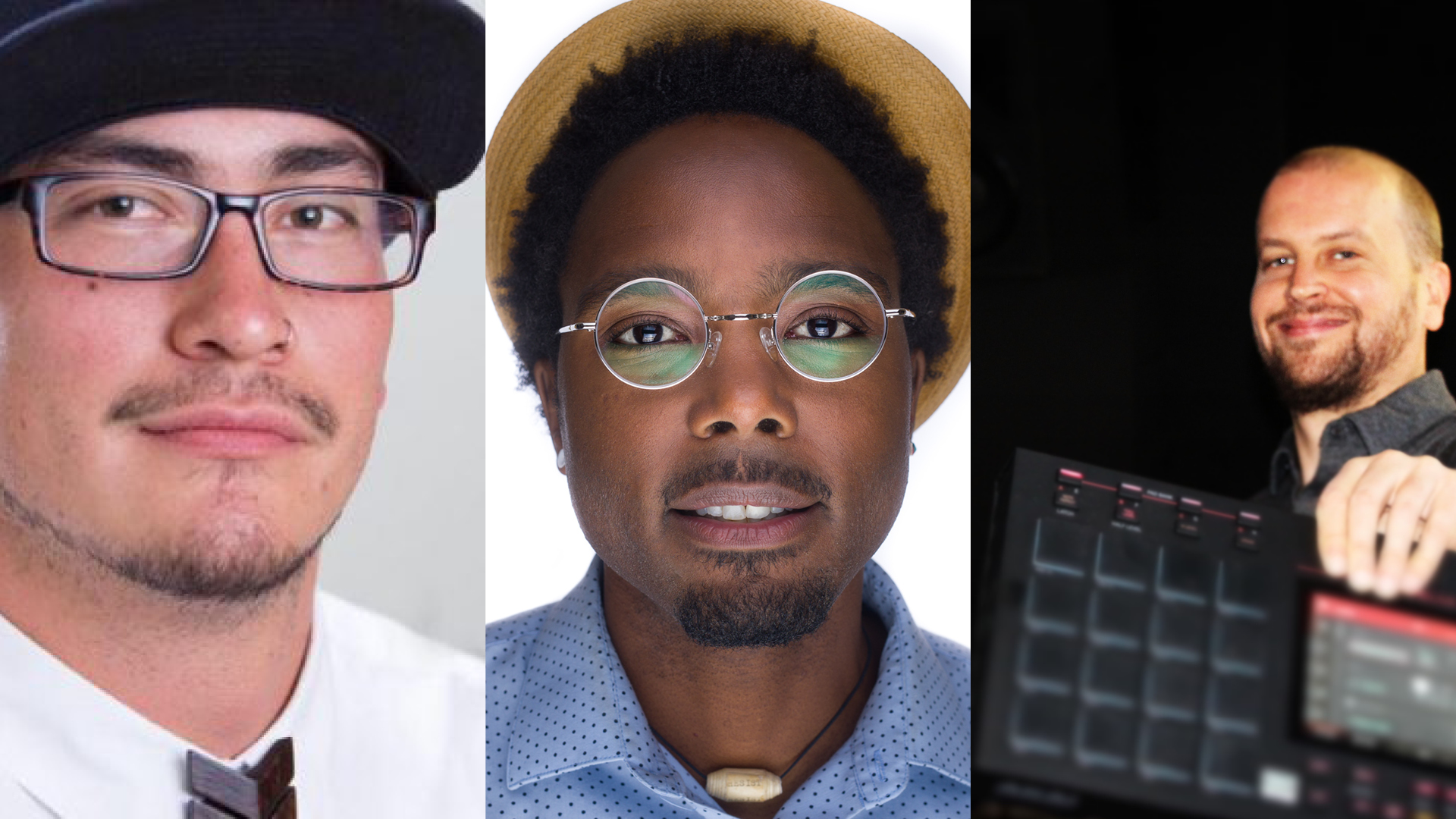 Carlos Contreras is a long time community servant and organizer. A poet, artist, father, educator, and student – Contreras was a member of the Kellogg Foundation’s Inaugural class of Community Leadership Network Fellows. Having served as the Director of Marketing for the City of Albuquerque and Mayor Tim Keller, Contreras is also a nationally awarded performance poet, published author, and featured visual artist in the Albuquerque Museum’s permanent collection “Common Ground” – his life’s work has centered around the creation of space and time for communities of all kinds. Hence, Art on the Rio – Contreras is one third of the stable of creatives that has brought to this virtual space – a place for art and artists to continue to thrive.

Before being tapped by Mayor Keller to serve as the Deputy Director of the Cultural Services Department, Hakim Bellamy was the Inaugural Poet Laureate for the City of Albuquerque (2012-2014). Bellamy is a W. K. Kellogg Foundation Community Leadership Network Fellow, a Kennedy Center Citizen Artist Fellow, an Academy for the Love of Learning Leonard Bernstein Fellow, Western States Arts Alliance Launchpad Fellow, Santa Fe Arts Institute Food Justice Fellow, New Mexico Strategic Leadership Institute alum and soon to be Citizen University Civic Seminary Fellow (August  2020). In 2012 he published his first collection of poetry, SWEAR (West End Press/University of New Mexico Press), and it landed him the Working Class Studies Tillie Olsen Award for Literature in 2012. With an M.A. in Communications from the University of New Mexico (UNM), Bellamy has held adjunct faculty positions at UNM and the Institute of American Indian Arts. Bellamy has shared his work, in person, in at least five countries and continues to use his art to change his communities. His latest book is We Are Neighbors (2019), a collaboration with photographer Justin Thor Simenson that was a finalist for the 2020 New Mexico Arizona Book Award.

Professionally certified, passionately motivated audio engineer, producer, and educator. Founder of Visceral View Entertainment, defined as “Conviction Arising From One’s Mental Or Spiritual Being, Obtained Through Intuition Rather Than Reasoning”. This professional and business-oriented arts collective is focused on nourishing and expanding the creative community, developing young artists, and supporting them in pursuit of their dreams. Diles also operates Central Root Studios, a recording studio and artistic epicenter in Albuquerque, NM. Diles has released over 40 albums and collaborated with artists from around the world as well as having performed in venues, guest lectured, and facilitated workshops across the country and internationally in conjunction with organizations such as Fulbright-Hayes Foundation, Next Level USA, Meridian International, The Denver Art Museum, The Santa Fe Opera, National Hispanic Cultural Center, Bernalillo County Parks and Recreations Program, Tricklock-Theatre, Little Globe, and Warehouse 508 among several universities as well as public and charter high schools across the Southwest and United States.