Denver-based artist Annette Isham has created a new series of video works virtually installed in The Yard and surrounding Divine Redeemer neighborhood in Colorado Springs. The site-specific works can be experienced through the Popwalk augmented reality app, encouraging a meandering walk through suburban western landscape.

Explore Annette Isham’s video installation in The Yard within Popwalk. Follow these steps to experience the work: 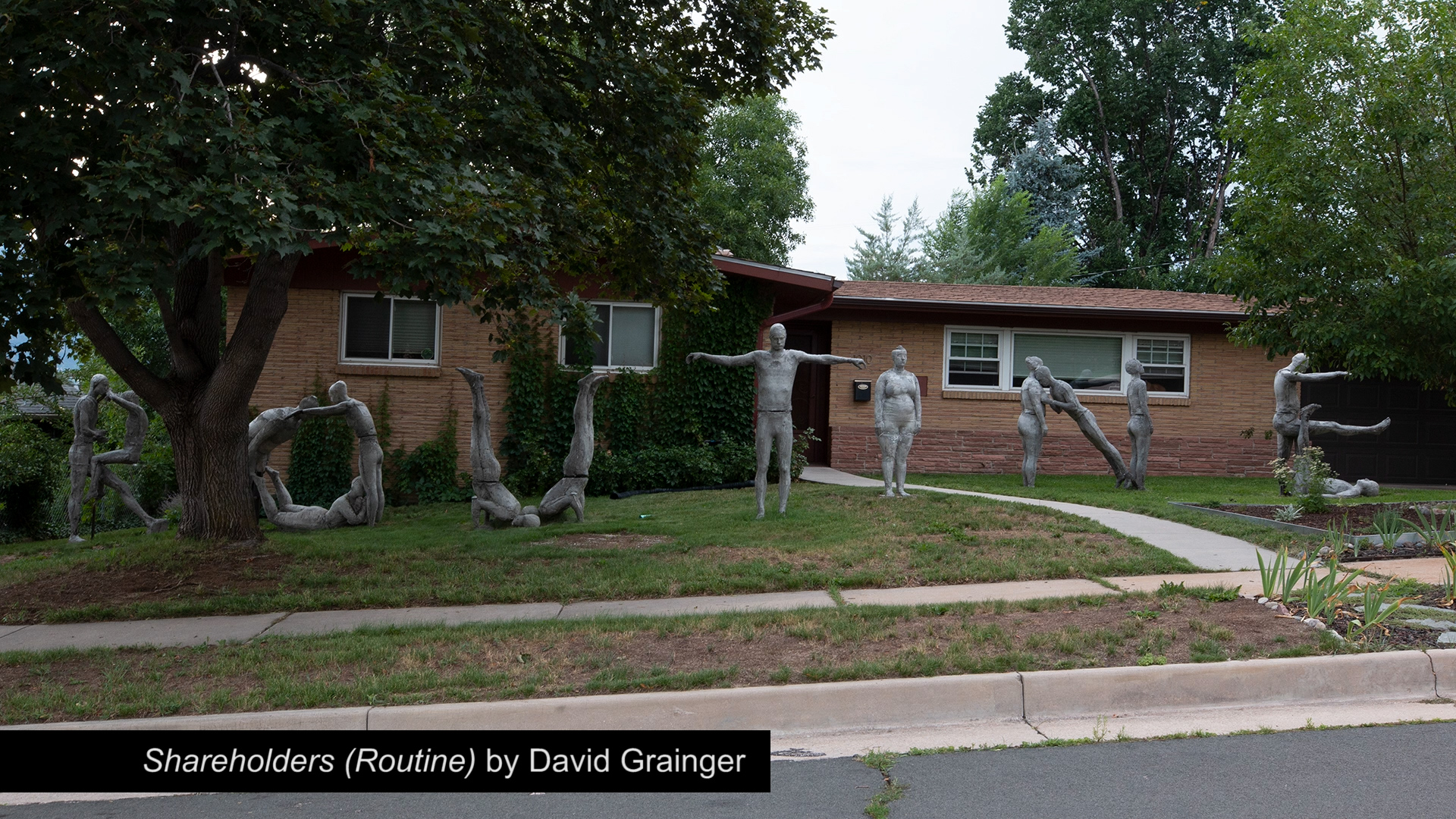 Annette Isham (she/her/hers) is an artist and professor currently living in Denver, CO. Her work explores the dynamics of gender, race, and geography through creating animated landscapes, layering moments of fantasy, failure, obstacle, and disruption. In her new series the future feminine inhabits her landscape, is multi-colored and multi-dimensional, moving in and out of origin. Isham received her M.F.A. from The American University and teaches 4D and Animation at Rocky Mountain College of Art + Design.  Isham has exhibited nationally, most recently showing the series, Among The Multitudes, at CURRENTS International Media Festival in Santa Fe. Isham is currently a resident at The Museum of Outdoor Arts in Englewood, CO.

Ben Kinsley’s projects have ranged from choreographing a neighborhood intervention into Google Street View, directing surprise theatrical performances inside the homes of strangers, organizing a paranormal concert series, staging a royal protest, investigating feline utopia, collecting put-down jokes from around the world, and planting a buried treasure in the streets of Mexico City (yet to be found).  He is an Assistant Professor and Co-Director of Visual Art in the Department of Visual & Performing Arts at the University of Colorado, Colorado Springs. He is Co-Founder of “The Yard” and President of the Pikes Peak Mycological Society.

Jessica Langley (Colorado Springs) is a multimedia artist. She has exhibited her work internationally, and has been an artist-in-residence in numerous programs including Skaftfell Center of Visual Art in Iceland, Askeaton Contemporary Art in Ireland, the SPACES World Artist Program in Cleveland, and the Digital Painting Atelier at OCAD-U in Toronto. She was a recipient of the J. William Fulbright Scholarship for research in Iceland, and earned her MFA from Virginia Commonwealth University in 2008. She is an amateur mycologist, and her artwork and writing have been published in the New York Mycological Society Newsletter, New American Paintings, NPR, Hyperallergic, and Temporary Art Review.

David Chapman Lindsay is an artist and arts administrator, currently working in print, video, and animation. His work has been exhibited all over the United States and Europe. Much of his art is presented as site-specific work through the Popwalk app. In this work, he attempts to unravel history and culture within a location, addressing both common and disquieting assumptions that we make about place. The Popwalk smartphone app is an exhibition platform for site-specific art video that David developed and is administered as a non-profit arts organization, based in the United States.