This multi-disciplinary collaboration imagines a cruelty-free future for the FAC Museum Santos collection. It aims to decolonize the preservation, curation, and the display (or non-display of) sacred objects, to dialogue democratically with the communities to whom said objects have religious significance, to propose concrete steps to reconcile past harms and imagine future exchanges, and to share these concepts with the public. This collaborative manifesto explores possibilities for simultaneously recontextualizing the past and reimagining future care for the Santos collection, centering its creators and their descendants as makers and negotiators of its meaning. 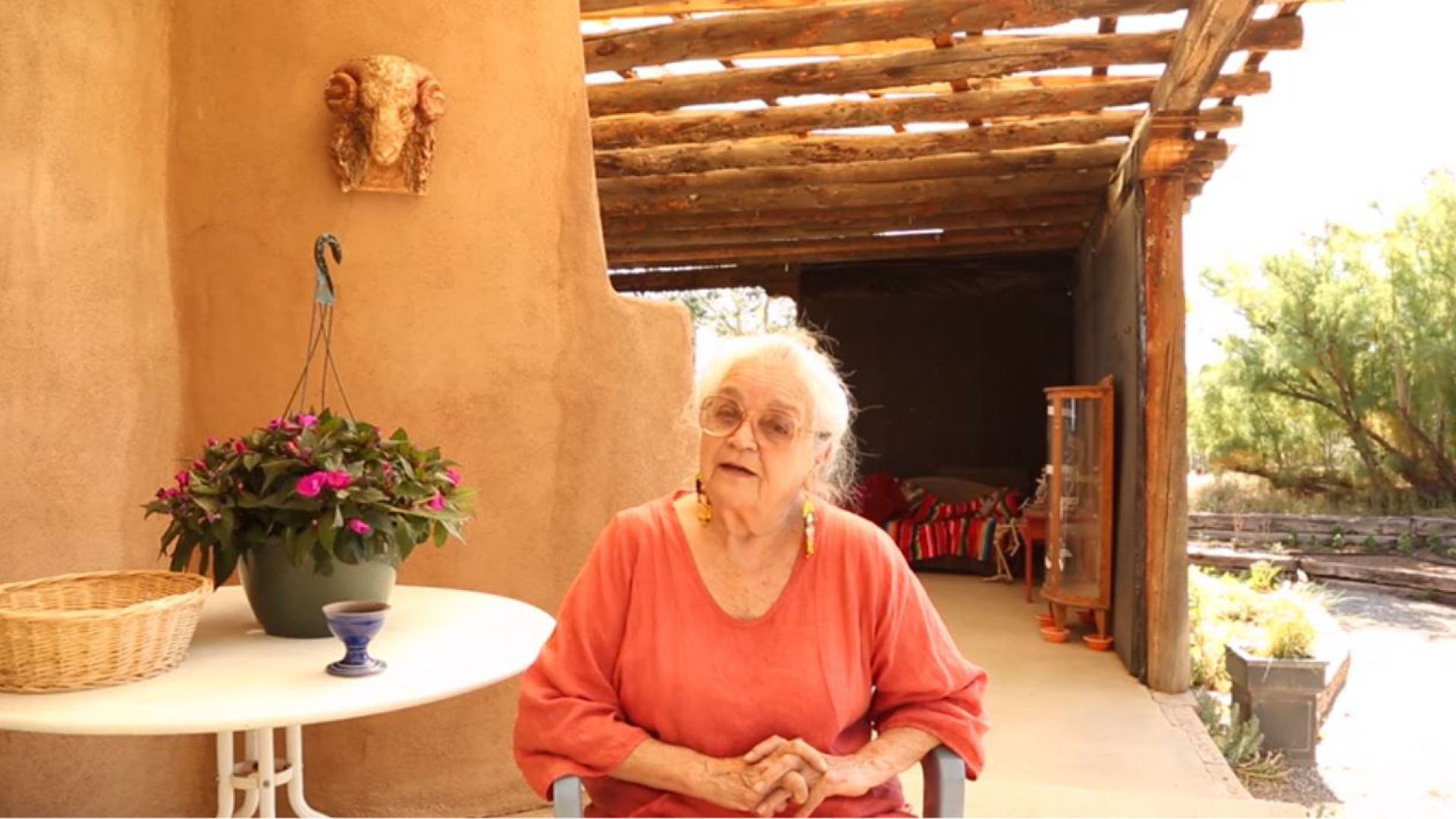 Anita Rodriguez (born 1941) is a Hispanic American artist and painter. Her work incorporates Native American ceremonialism, Mexican mysticism and Hispanic folk art as well as the Penitente art of New Mexico, Native American dances and ceremonies, and Catholic traditions. She has a work in the collection of the New Mexico Capitol Art Collection, Eteljorg Museum in Indianapolis, the Albuquerque Museum of Art and the Harwood Museum of Art in Taos. She is also considered to be a specialist in traditional adobe construction and has won awards for her work. She did the ﬁnishing on the permanent exhibit in the Taylor Museum of the Chapel of Nuestra Senora de Los Lagos at the Colorado Springs Fine Arts Center, and is also the the writer of an award-winning book (Coyota in The Kitchen, UNM Press).

Rodriguez was born in Taos, New Mexico. Her father’s side of the family were “native Hispanic Taoseños” and had been living in the area for many generations. Her mother was a painter from Austin, Texas who relocated to Taos in order to study art with Walter Ufer. Rodriguez was raised Catholic.

During Rodriguez’s teen years, she went to Mexico City where she spent time painting and learned the styles of Mexican artists such as Frida Kahlo.

Rodriguez took art at both Colorado College and at the University of Denver. Later, she gave birth to a daughter, Shemai, in 1965. She started her own construction company in Taos in order to support herself and her daughter. Her construction work focused on the use of adobe to create ﬁreplaces and nichos. She later moved to Guanajuato, Mexico in 1996 and left to move back to Taos in 2010. anitarodriguez.com

Miguel Gandert is one of America’s leading documentary photographers, and has exhibited throughout the world. He was born in Española in 1956, a descendant of Spanish settlers of Mora, New Mexico and Antonito, Colorado. Raised in Santa Fe, he began photographing the people around him in 1968, earning an MA in photography at the University of New Mexico. For the last twenty years Gandert has photographed the social rituals, people, and landscape of his native New Mexico. Gandert’s many national and international exhibitions over the years include shows at the Whitney Museum of American Art and the National Museum of American History at the Smithsonian in 1990. His series Nuevo Mexico Profundo: Rituals of an Indo-Hispano Homeland was the subject of a book and a one-person exhibition for the National Hispanic Culture Center of New Mexico, and his work was selected for the 1993 Whitney Museum Biennial. He is a Distinguished Professor of Communication and Journalism at the University of New Mexico. americanart.si.edu