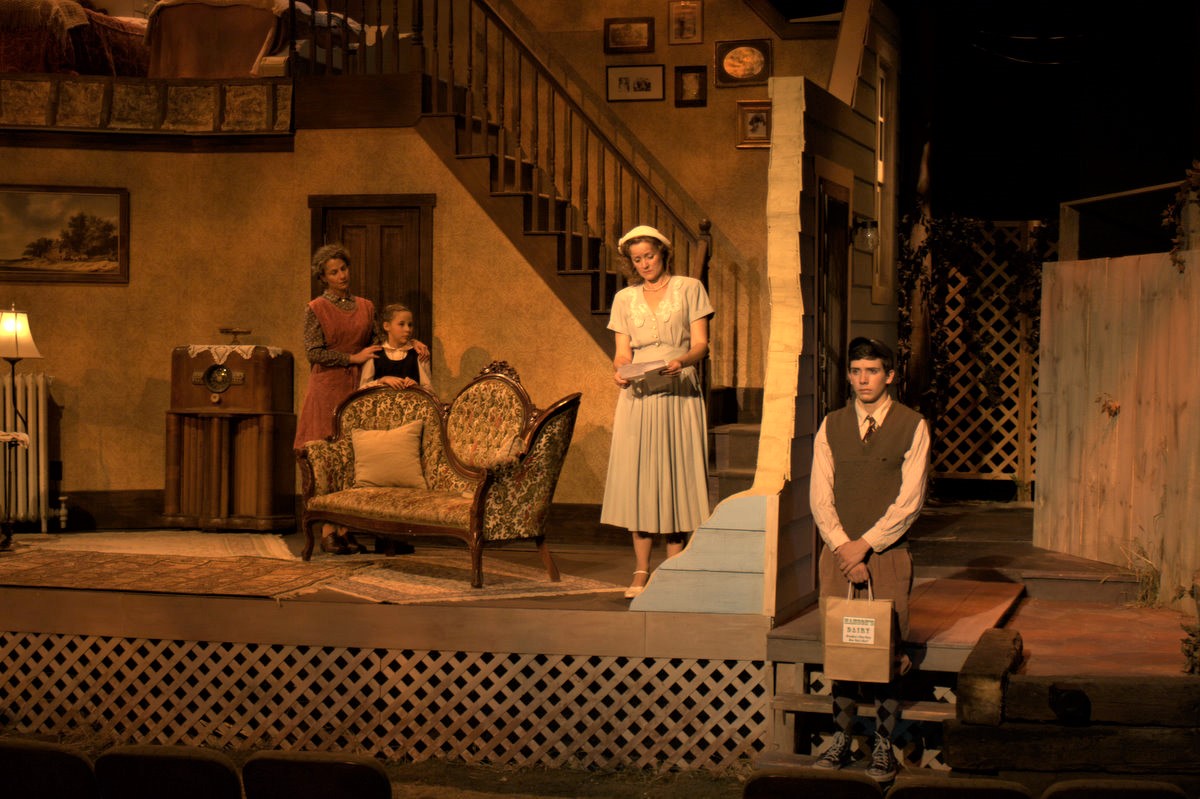 Brighton Beach Memoirs, the first of three autobiographical plays by Simon, portrays the writer as a teenager living with his family in crowded, lower middle class circumstances. Eugene is the narrator and central character who takes us through a series of trenchant observations and insights that show his family meeting life’s challenges with pride, spirit, and a marvelous sense of humor.

“I played Blanche in both Brighton Beach Memoirs and Broadway Bound. We did it a year or two apart at FAC with the same cast. It was a wonderful experience to play the same part at different times in life; to see how each character grew and changed.  In Brighton Beach, Blanche was a recent widow completely dependent on my sister; in Broadway Bound, she was remarried and wealthy. The dynamics had changed. Best part of the journey was sharing it was my Theater-sister, Amy Brooks. We have played sisters in many plays, and it is always a joy.” – Jane Fromme, Blanche 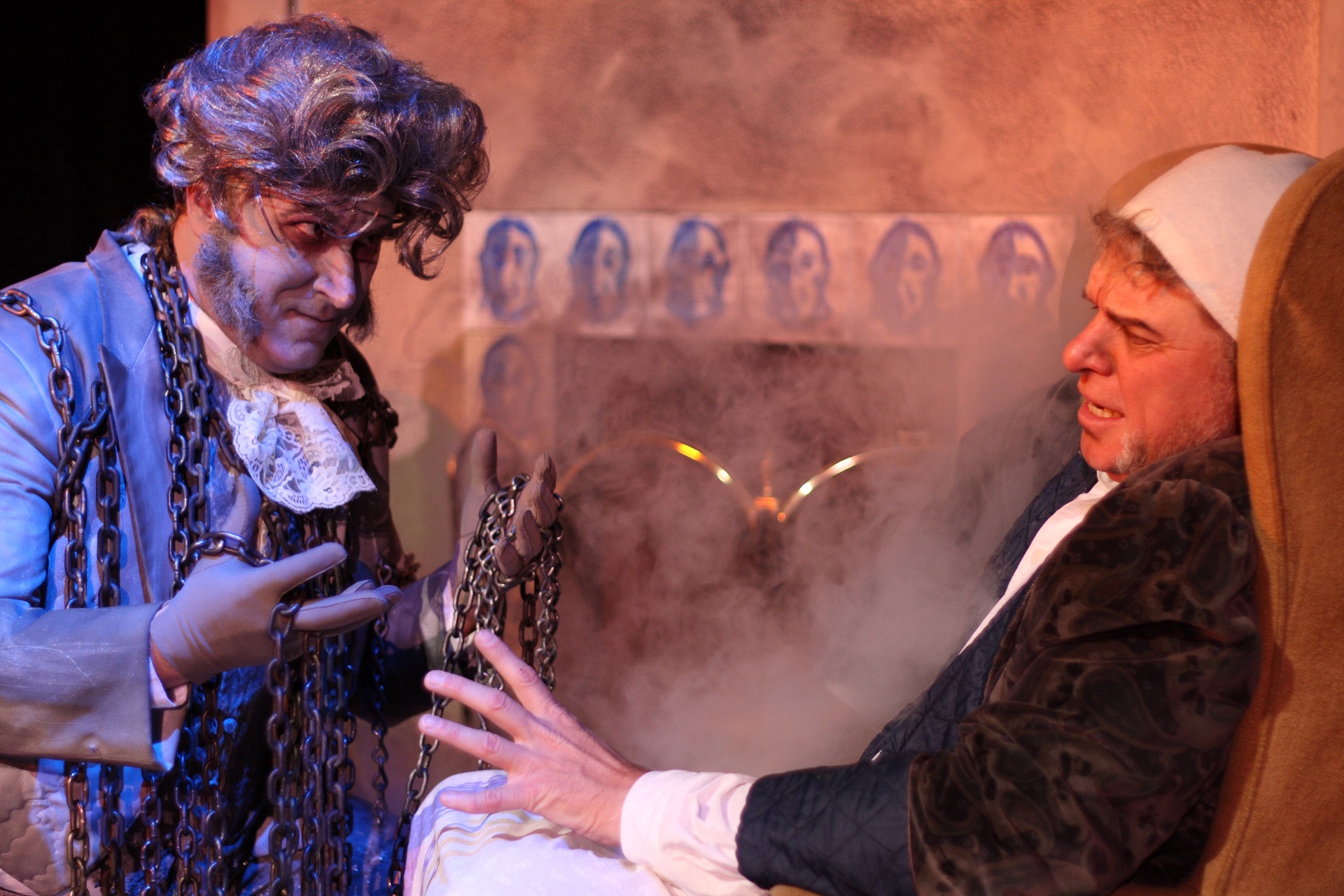 The world-renowned Academy Award-winning composer Michel Legrand has teamed with Sheldon Harnick, one of the theatre’s most celebrated Tony Award and Pulitzer Prize winning librettists, and the tale of Ebenezer Scrooge’s prophetic Christmas Eve is reborn. From the pages of Dickens comes this scintillating musical adaptation of the Yuletide classic that continues to touch hearts and minds the world over. This universal story is ultimately one of family and conscience, of desperation and regret and second chances. Give your audience the holiday gift of embracing its warmth and wisdom as never before, carried on the wings of a soaring theatrical score.

Pictured: Steve Emily as Marley and Robert Rais as Scrooge

“I remember thinking…Wow. I’ve really jumped into the deep end now! BIG production for a then still new Director. I was supported by a great Company of Designers, Technicians, Musicians & Actors, some of whom were surprised by their roles;-),  and we managed to make some magic!” – Susan Dawn Carson, Director 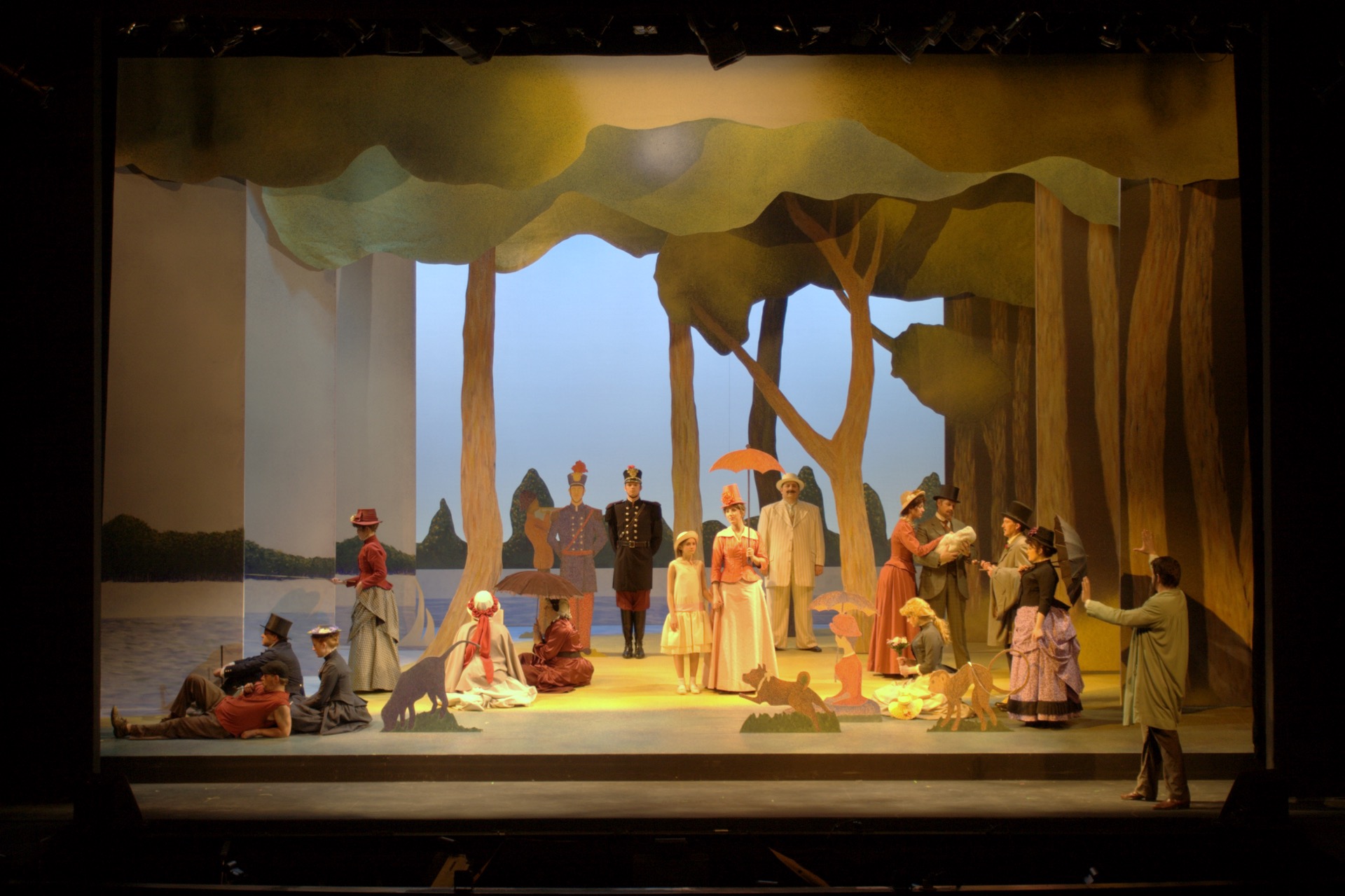 Sunday in the Park with George

Music and Lyrics by Stephen Sondheim
Book by James Lapine

A moving study of the enigmatic painter Georges Seurat that won a Pulitzer Prize for its insightful and personal examination of life through art and the artist. Act one follows Seurat as he fights a losing battle to maintain a relationship with his mistress, Dot, as he creates his painting, A Sunday Afternoon on the Island of La Grande Jatte, amid the scorn of the artistic community. The second act takes place 100 years later, introducing us to his American descendant, also an artist, burned out and uncertain of the path he must take.

“Taking very famous, 2D paintings and converting them to 3D stage designs, was an enormous design challenge. People, objects and animals needed to come and go from Georges Seurat’s works as his character “painted” them. Even more difficult, most of our audiences new of and had seen images of the original works… so there was no ability to “alter” the final design creations. To achieve this, I designed the scenic elements to lower in from above, track horizontally, and even rise up through the stage floor (which was built on an angle so the audience could see it). Overall, I felt it was very effective and with a little suspension of disbelief, one could imagine experiencing the real-life image in 1885.” – Christopher L. Sheley, Scenic Designer 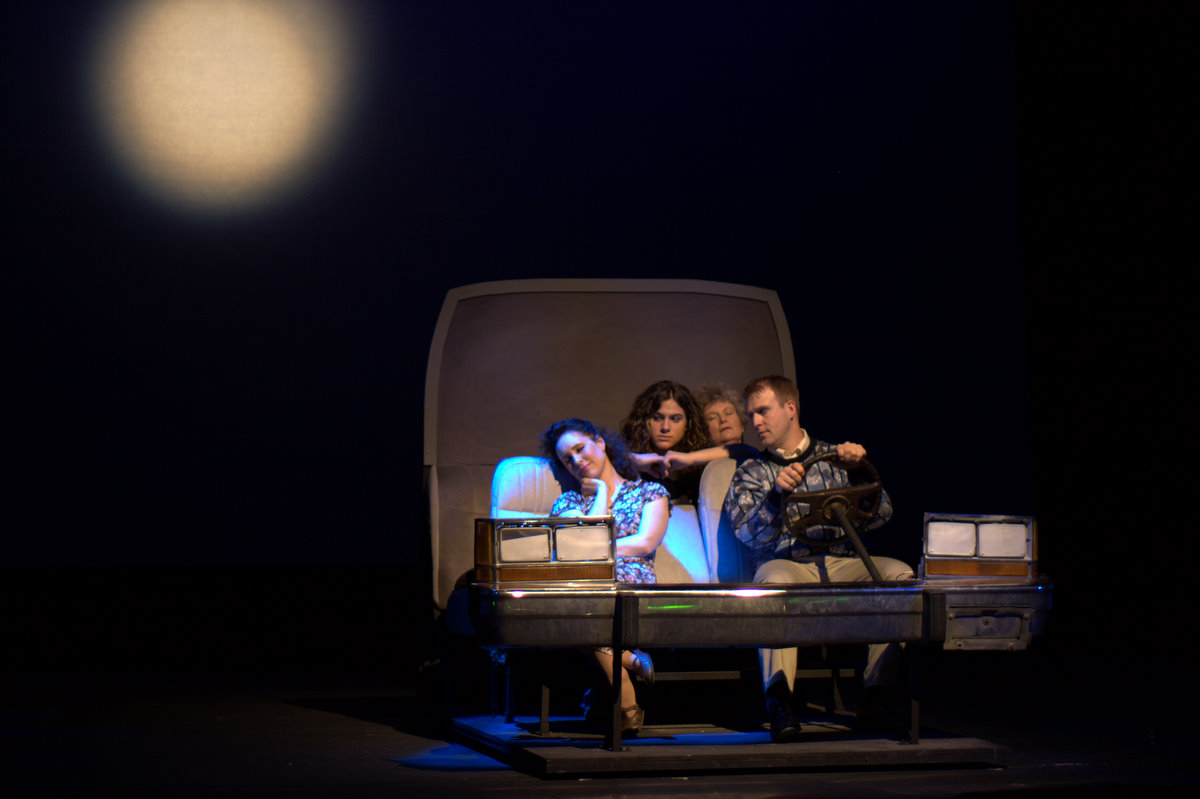 Fuddy Meers is an American play by David Lindsay-Abaire. It tells the story of an amnesiac, Claire, who awakens each morning as a blank slate on which her husband and teenage son must imprint the facts of her life. One morning Claire is abducted by a limping, lisping man who claims her husband wants to kill her. The audience views the ensuing mayhem through the kaleidoscope of Claire’s world. The play culminates in a cacophony of revelations, proving that everything is not what it appears to be.

“I actually auditioned for Fuddy Meers back in Chicago and loved the play right away. I didn’t get cast and thought, ‘Well, that’s that’. Soon after, though, I moved out here. As soon as I saw the FAC was doing it, I knew what my objective was going to be. Lucky for me I got cast, and it was an absolute blast. The Limping Man was just a horrible, horrible person, and so much fun to play. Plus, I got to be friends with all of the cast members, and work with all of them again in subsequent projects. It was a pretty risky show for the FAC to tackle at the time, and I’m so glad they took on that challenge.” – Steve Emily, Limping Man 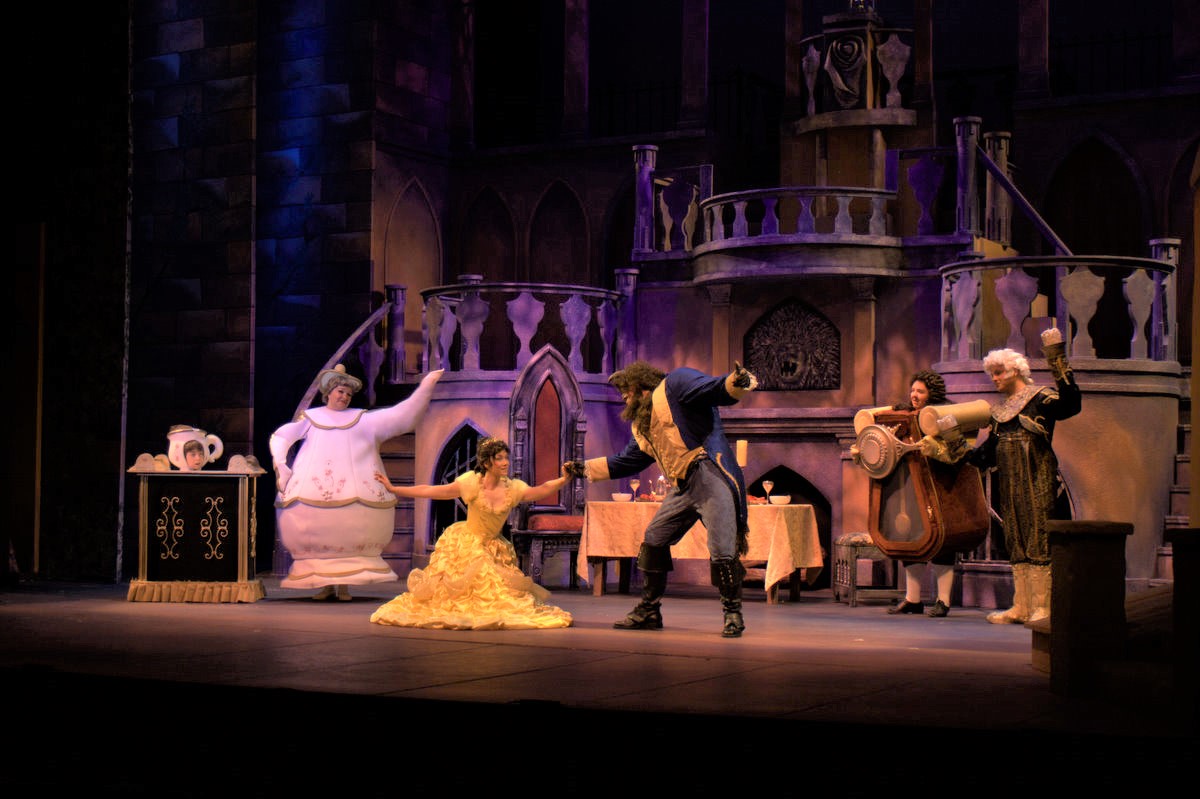 Beauty and the Beast

The classic story tells of Belle, a young woman in a provincial town, and the Beast, who is really a young prince trapped under the spell of an enchantress. If the Beast can learn to love and be loved, the curse will end and he will be transformed into his former self. But time is running out. If the Beast does not learn his lesson soon, he and his household will be doomed for all eternity.

“One of my favorite experiences on stage as an actor at the Colorado Springs Fine Arts Center was Beauty and the Beast in 2008. There are several things that I remember very fondly – the special effects (the Beast’s transformation at the end was so cool to watch from the wings), the scale of the set (the castle was ENORMOUS), and the fast-paced, intricate, incredibly fun choreography (there was many a cracked knuckle to be nursed as a result of the ‘clanking mug’ section during the GASTON number). But the thing I’m certain every person who worked on that show remembers so viscerally to this day was the remarkable sense of family that developed among the cast and crew. It was truly one of the most enjoyable productions I have ever been a part of.” – Samuel Gleason, Lefou 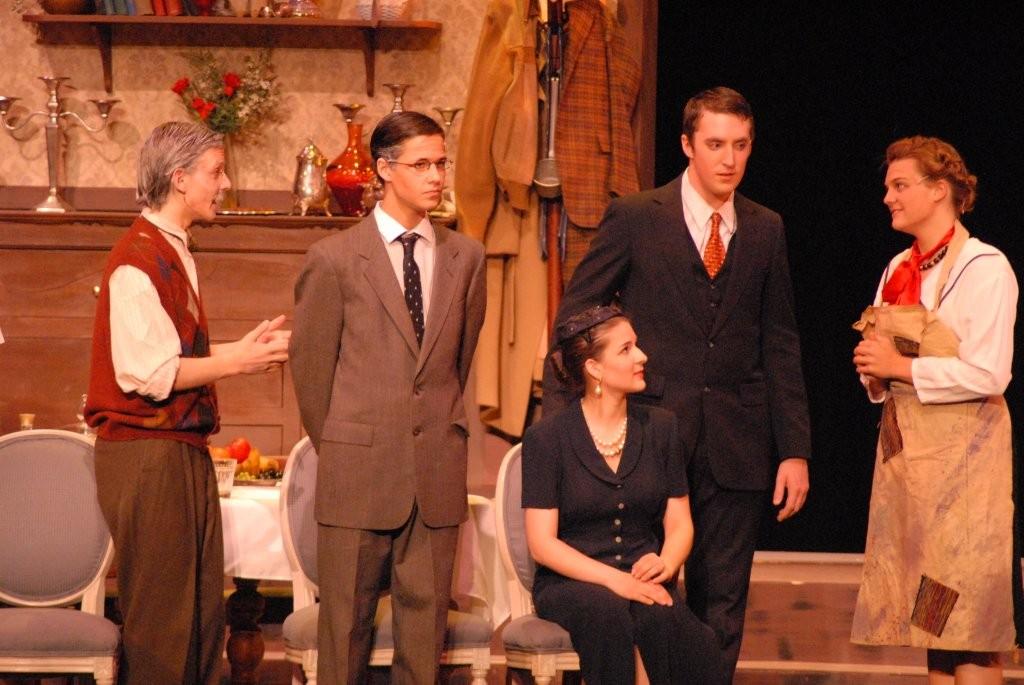 You Can’t Take It With You

The family of Martin Vanderhof lives “just around the corner from Columbia University — but don’t go looking for it.”  Grandpa, as Martin is more commonly known, is the paterfamilias of a large and extended family of charming eccentrics. His granddaughter, Alice, is an attractive and loving girl who is still embarrassed by her family’s idiosyncrasies. When Alice falls for her boss, Tony, a handsome scion of Wall Street, she fears that their two families—so unlike in manner, politics, and finances—will never come together. But, after all, why be obsessed by money? You can’t take it with you…

Pictured: the Company of You Can’t Take It With You

“Youth Rep was my first acting experience outside the realm of high school or church theatre. I was cast as Tony Kirby in 2008’s Youth Rep production of You Can’t Take It With You (and I credit every deadpan expression in my repertoire to this casting decision, entirely). Nestled right between my high school graduation and my first year attending college, the six-week intensive education I received was valuable and irreplaceable. From working with the highly qualified, highly skilled educators and ‘doers’ in the Springs’ vast theatre community during the day to rehearsing our separate shows each night to ultimately performing on the Fine Arts Center’s main stage, it was my first time truly immersed in the world of being a theatre actor, and gaining an understanding that passion for a craft does not inherently equal excellence in the craft, and these weeks would, for me, be the first (unsure, yet ultimately rewarding) steps in pursuing that excellence. Twelve years later, having performed on community, regional, and nationally touring stages, I’m thankful for those first steps, and I don’t know if I would’ve taken them without the care, specificity, and belief that the teachers at Youth Rep gave over the course of that summer.” – Dana Kjeldsen, Tony Kirby 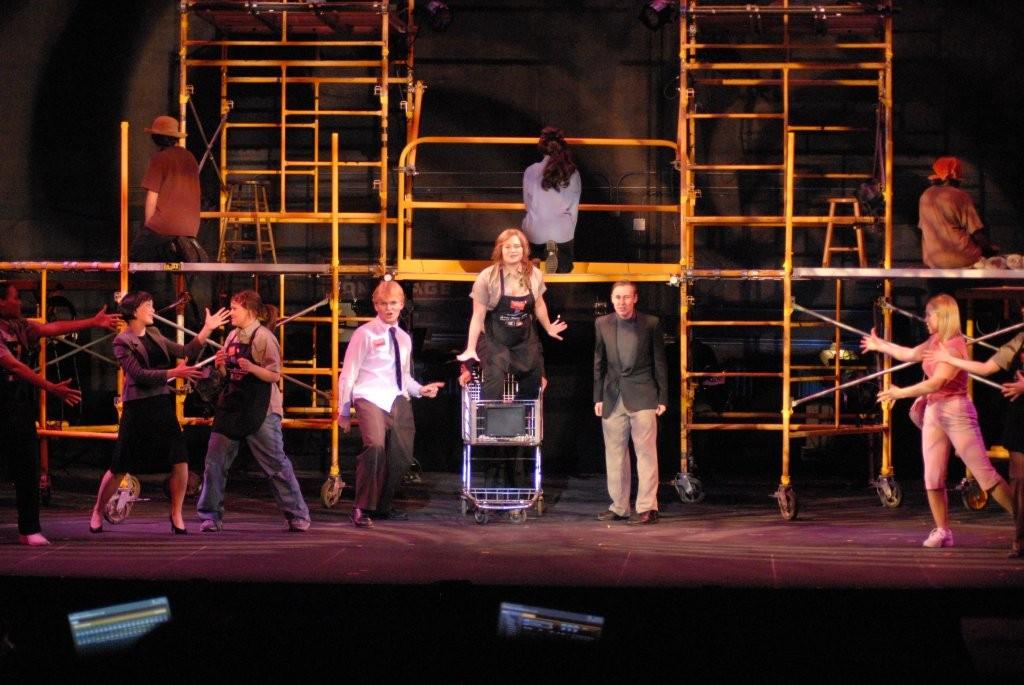 Based on Studs Terkel’s best-selling book of interviews with American workers, Working paints a vivid portrait of the men and women that the world so often takes for granted: the schoolteacher, the parking lot attendant, the waitress, the millworker, the mason, the trucker, the fireman and the housewife, just to name a few. It’s a highly original look at the American landscape that is simply impossible to forget.

Pictured: the Company of Working

“I have so many amazing memories from the production of Working. It was the first experience I ever had with tackling characters completely opposite of where I was in life at the time. The entire Youth Rep ensemble was tasked with channeling these adult stories, built through a lifetime of experiences, as teenagers. It was also the first time (of which, hilariously, turned out to become many times) that I was cast in roles that were originally written for men. I remember looking at the script as a teenager and thinking ‘how am I going to tackle this? I’m not a 40+ year old male fire fighter?!’ But the classes we took during the Youth Rep program, led by some amazing theatre professionals throughout Colorado, helped me to find the importance of telling these people’s stories. After the show, my parents kept asking me why I never told them about the girl who was the fire fighter; ‘is she new?’ my mom asked. Turns out, they didn’t recognize me.” – Alex Cambell, Youth Rep Student 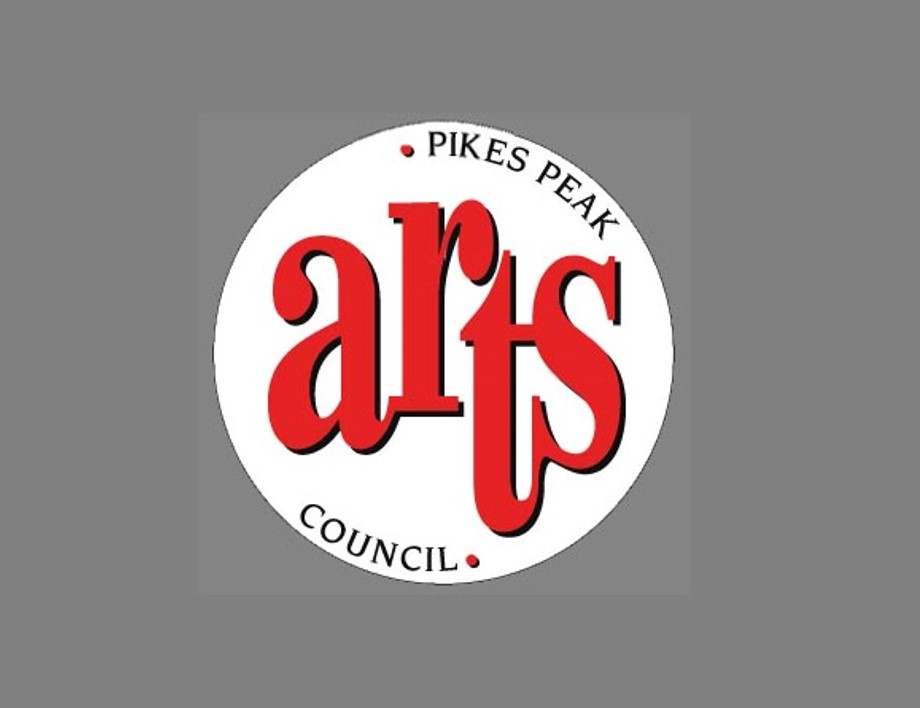 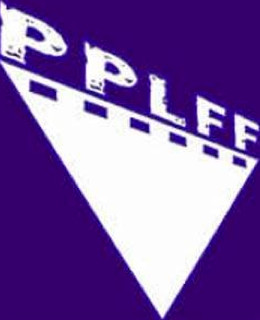 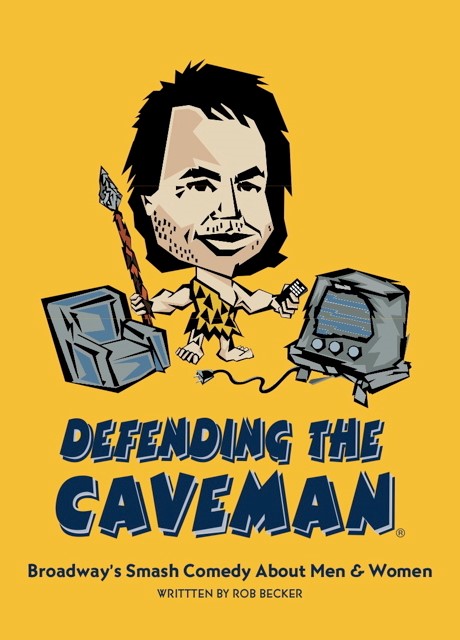 Defending the Caveman holds the record as the longest running solo play in Broadway history. A hilariously insightful play about the ways men and women relate, Caveman has both sexes roaring with laughter and recognition. Affectionate nudging between audience members occurs during the performance as they recognize themselves in the stories being told onstage.